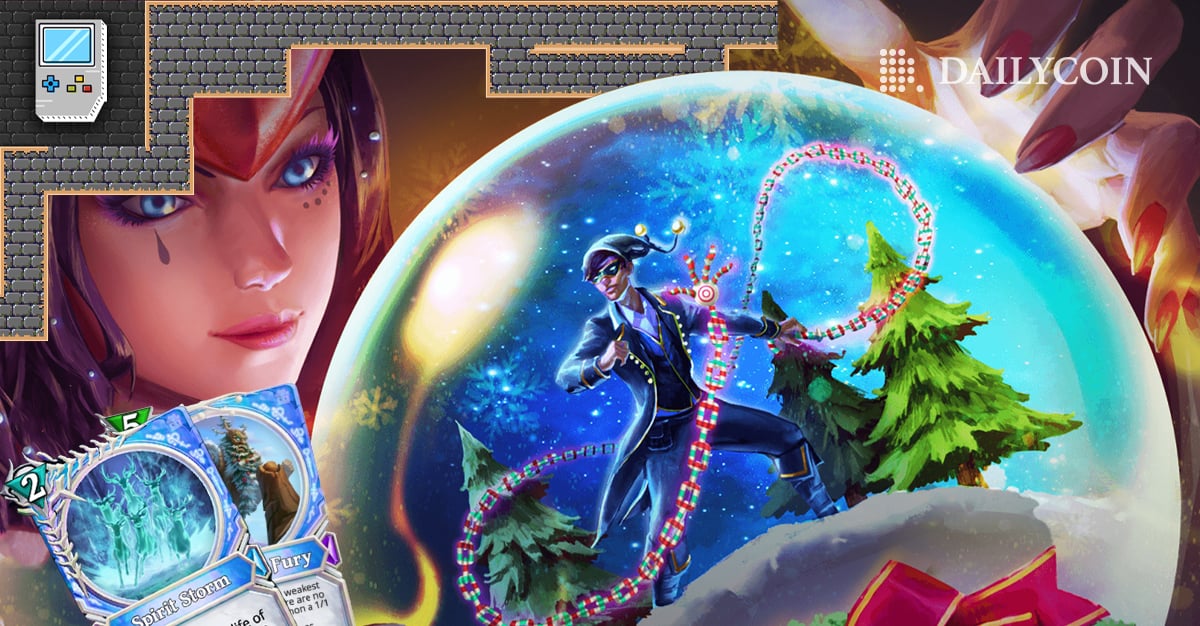 Popular Play-to-Earn (P2E) card game Gods Unchained has announced it is launching Winter Wanderlands, a winter-themed event centered around its upcoming set. Starting December 14, the turn-based card game is releasing a new set coupled with quests and stories to celebrate the holiday season.

The set will be the first seasonal set from the game, celebrating upcoming holiday-themed events, including Christmas, New Year, and more. Users can buy the set or earn it for a limited time by playing games.

The Web3 Hearthstone counterpart is one of the best card-based games in the space. Polkastarter’s upcoming GAM3 awards show has nominated Gods Unchained for multiple categories. It has established itself in the Web3 gaming sphere by holding exciting events, community-driven quests, tournaments, and more.

The Winter Wanderlands event will be the newest initiative. Starting December 14th at 4 PM PT, the new deck will be available and featured as a standalone set for users until January 11th at 4 PM PT.

Players can buy the set from the store, earn it through Weekend Ranked, or participate in festivities planned for the community. The developers have planned numerous events to mark the most wonderful time of the year. Gods Unchained will announce details about the game on their social media channel in the following weeks.

In light of the positive response from the community towards previous holiday-themed events, Gods Unchained is decorating its champions in gold and glitter. They have also announced an additional story for the winter season. Characters like ‘Kadmos,’ ‘Orfeo,’ ‘Ludia,’ and more from the game will appear in the upcoming tale, continuing the cliffhanger from Season One.

Moreover, God’s Unchained has also planned to host a scavenger hunt for the Winter Wanderlands event, challenging players to find all 20 cards, set to be unveiled in the next few days.

Since its inception, God’s Unchained has stayed committed to creating more rewarding and incentivizing opportunities for its players. The team recently relaunched its highly anticipated community event, Community Quests. The coveted occasion featured newer game variations, modes, and challenges for players in partnership with TokenTrove.

Traditional games have a long history of celebrating holidays with their players through visual changes, events, and more. Games can leverage the increase in the number of players home for the season through events and rewards. Gods Unchained’s festivities may elevate their game for the holiday season through fulfilling engagements and incentives for players.