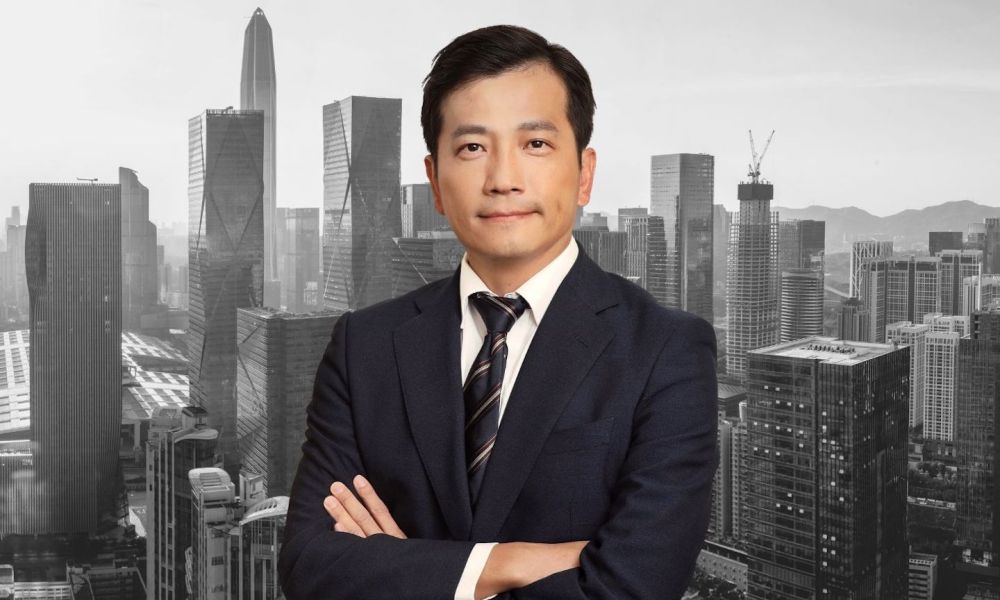 Private banks serving the ultra-rich don’t extend their services to the merely affluent – but that’s now changing, thanks to the lure of the Chinese market and the opportunities to use technology to scale what until now has been considered a strictly personal business.

“UBS focuses on the ultra-high-net-worth, but we saw in China an opportunity to go after the middle class,” said Andy Ho, general manager of UBS Fund Distribution (Shenzhen) Company, aka UBS FS.

UBS Group maintains a universal banking business in Switzerland, and a mid-market wealth business in the United States. Everywhere else its private banking activities only serve very wealthy people and family offices.

Mainland China’s super-rich are the biggest source of private-banking assets in the region, and one of the most important pools in the world. But global private banks can only cater to these clients’ offshore assets, booking them in Hong Kong, Singapore, or beyond.

The domestic pool of wealth is becoming cumulatively too big to ignore, however. A Morgan Stanley research note from October 2021 noted:

Morgan Stanley estimated by 2030 mainland Chinese households represent an addressable market of Rmb170 trillion ($24 trillion), out of potential household financial assets of Rmb434 trillion. If international private banks actually see that money, it would triple their revenues in Asia-Pacific, with as much as $2 trillion booked offshore.

But the greatest spoils will be managed domestically.

One way to tap this growing wealth is to have an asset-management business. PwC, in a May 2021 research paper, noted China is already the world’s fifth-largest market for mutual funds, with total assets of about $2.4 trillion, with the private funds industry managing an additional $2.5 trillion.

Foreigners have been involved in the local funds industry since the first local mutual-fund companies were licensed in 2000, many as Sino-foreign joint ventures. China has allowed foreigners to wholly own a funds business since 2020.

Fund-management companies can sell to retail, which accounts for most assets. Many foreigners also have licenses for private funds, which have more flexible investment options but can only be sold to people with at least Rmb3 million worth of investible assets, or to institutions.

Fund management is a fragmented business, however. And while some of these firms are large, they don’t sell a lot of premium products. Chinese retail investors don’t buy equity funds. Only about 4 percent of retail funds are purely equity products.

Another aspect of this fragmentation is that fund houses have to oversee a dizzying number of products. Whereas a US or European asset manager have evergreen core products, business in China constantly evolves around new product launches, which is expensive to administrate.

For example, in the first half of 2021, the industry issued 25,500 new wealth-management products, according to Lawrence Au, a Hong Kong-based consultant (and former APAC head of BNP Paribas Securities Services). More than half were short-term deposit-like products, he said in a LinkedIn article on October 13, 2021.

These wealth-management products (WMPs) are already big business: as of 2021, outstanding assets was Rmb25.8 trillion ($4 trillion), according to the China Banking Wealth Management Registration and Depository Center, an arm of the China Banking and Insurance Regulatory Commission.

But they exist this way because they are part of China’s shadow banking system. WMPs issued by the big state-owned banks account for the largest product segment.

For many years they were sold with an implicit guarantee of the principle. Retail investors assumed the government would make them whole. Most of the debts in these funds represented local government borrowings tied to real-estate developments – risky assets that governments were eager to pass on to investors.

Banks were happy to participate because it moved risky loans off their balance sheets. This is why the largest banks’ wealth-management departments offer hundreds of fixed-income funds: in ICBC’s case, it has 668 such fixed-income funds available to retail investors as of March 2021, according to website Caixin Global.

The central government has long been aware of the systemic risk of the shadow banks. It doesn’t want to see retail investors pour money into high-risk WMPs, especially not when state banks guarantee money back.

In 2018 Beijing passed new rules to ban banks from making such promises. It also set deadlines by which WMPs must be valued based on their net assets, although enforcement has been spotty.

But they remain focused almost entirely on the fixed-income world, instead of domestic equities or international securities.

The granting of wealth-management licenses to foreign banks is part of Beijing’s strategy to shore up the sector, clean out risky habits, and raise standards.

UBS FS in Shenzhen was the second foreigner allowed to wholly own a funds distribution business. (The first was the local subsidiary of Intesa Sanpaolo of Italy) and the first foreigner to go live.

But WE.UBS, as the China digital wealth business is called, does not have the field to itself.

A handful of foreigners were allowed to enter wealth-management joint ventures, including Amundi (with Bank of China) and BlackRock and Temasek (in a three-party venture with China Construction Bank).

Foreign lenders are also moving into digital wealth management. HSBC launched a digital account service in 2020 for retail and private-bank investors. Standard Chartered Bank did too and plans to launch a brokerage firm for top-tier clients. They also offer a broad suite of standard banking products.

Fintech companies are active too, with wealthtech companies offering mobile-friendly platforms using big-data analytics to personalize investment solutions. Some of these are focused on the mass market, such as Ant Financial and Tencent, but some like Lufax, an arm of Ping An Group, aim at the higher end of the market. OneConnect, a Ping An vendor, sells wealth-management-as-a-service solutions to other fintechs and banks.

The biggest users of digital technology are the banks themselves. Most of these are targeting the mass retail market, including the big state banks as well as purely digital banks (Tencent’s WeBank, Alibaba’s MYbank, Baidu’s AiBank) and the digital arms of private commercial banks, such as China CITIC Bank and China Merchants Bank.

“As a result,” KPMG said, “domestic banks are placed further ahead of their foreign peers when it comes to providing digital wealth-management services to customers. However…foreign wealth managers are also entering the market.”

This is the environment in which WE.UBS is launching. It has several advantages.

First, it is a pure play in digital wealth management, aimed at the higher end. It won’t need to compete with the likes of ICBC or Ant for most business. It’s not chasing the mass retail customers of HSBC, Citi or Standard Chartered.

Second, it has a clean slate. No dodgy WMPs.

Third, by targeting the rising affluent, it can differentiate its product offering, with a greater focus on equities and on foreign investments. Its three asset-management partners all have international exposures under China’s Qualified Domestic Institutional Investor scheme. UBS is also making a bet on integration between Hong Kong and Guangdong Province – the Greater Bay Area.

WE.UBS launched at the start of November with a specific target of partner company clients and employees. It won’t be doing the usual advertizing to attract retail investors. Instead it will canvas UBS corporate clients in desirable industries, including tech, to sign up their employees.

For now, UBS FS only has a license to sell mutual funds. It has applied for a license to provide investment advice. Until that comes through, the digital platform is more “DIY”. In addition to providing research and ideas, though, it also gives them the UBS chief investment officer’s house view.

WE.UBS will allow users to compare their own portfolio to what the CIO would recommend, including how the firm would rebalance portfolios and allocate assets. The idea is to teach people the benefits of a diversified portfolio with a longer-term outlook.

But the real benefit will come with a license to provide advice, which will allow UBS to offer financial planning.

WE.UBS is targeted at people with the equivalent of $150,000 to $1 million in liquid, investible assets. UBS FS will also work with employees in promising companies that may not be there yet but who are likely to become prosperous.

For now, there’s no relationship manager – that will require an advisory license. Information sharing and execution is digital. But the firm will maintain a call center and, for the upper tier, access to product specialists. It will run in-person educational events.

The firm is also developing an app to provide advice once it has the regulatory go-ahead.

Tencent is WE.UBS’s technology partner, along with another Tencent vendor, Shenzhen Kingdom Technology, which provides systems to many Chinese financial institutions.

Andy Ho says there is no relationship to the series of “We”-labeled businesses in the Tencent empire. WeBank acts as WE.UBS’s settlement bank, but there is no co-branding. And WE.UBS does not have a business account on Tencent’s ubiquitous social messaging app, WeChat. It will have to convince users to download the WE.UBS app from the Apple store.