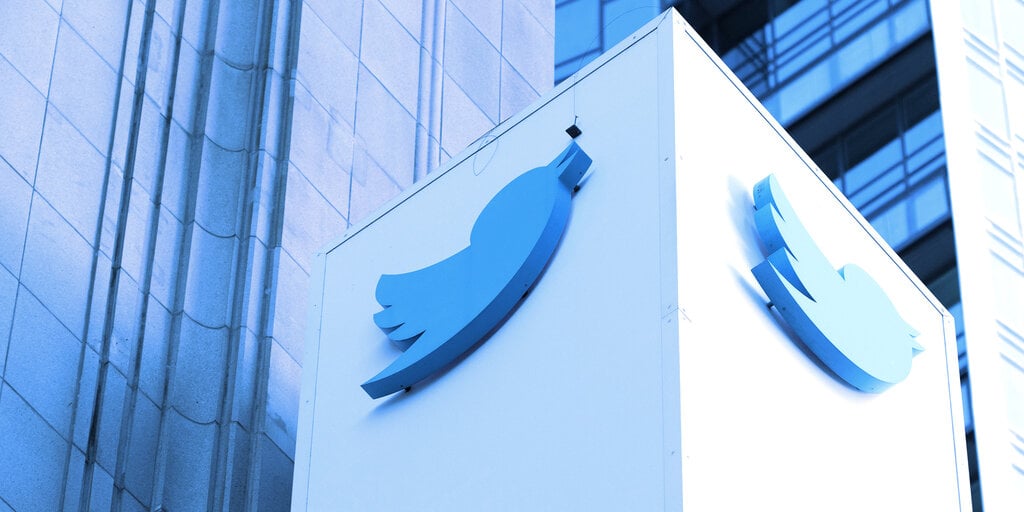 Rinearson, whose Twitter profile is now private, is based in Berlin, Germany, and had been working for Twitter for just over a year, according to her Linkedin and Twitter profiles. At time of writing, Rinearson has not yet updated her Linkedin profile to reflect her departure from Twitter.

“I am very proud of everything the crypto team started at twitter, and I am sad I won’t see it all the way through,” Rinearson wrote on Twitter Friday. “But there are still LOTS of brilliant, thoughtful people at the company, and I am rooting for them, always.”

The former Twitter staffer also updated her Twitter bio to “do not click the button @Twitter,” presumably a reference to new CEO Elon Musk’s requirement that any employee wishing to stay and adopt Twitter’s new “extremely hardcore” culture click “Yes” on a form by Thursday evening.

“Going forward, to build a breakthrough Twitter 2.0 and succeed in an increasingly competitive world, we will need to be extremely hardcore,” Musk told Twitter employees via email earlier this week. “This will mean working long hours at high intensity. Only exceptional performance will constitute a passing grade.”

Prior to Twitter, Rinearson worked as the VP of Engineering at crypto firms Interstellar, Interchain, and Chain. She has also worked as an engineer for the website Medium, which was initially created by Twitter and Blogger co-founder Evan Williams as a longer-form, ad-free version of Twitter.

Rinearson has not yet responded to Decrypt’s request for comment.

News of more Twitter employee departures comes shortly after a banner of anti-Musk rhetoric was projected across the exterior of Twitter’s San Francisco headquarters late Thursday evening, calling Musk—among other insults—a “megalomaniac” and a “worthless billionaire.”

The workplace climate at Twitter has become increasingly tense, leading many to wonder what will become of the site and its crypto products. Twitter implemented a number of crypto-related features in the past year, such as verified NFT profile pictures with OpenSea data, adding Bitcoin and Ethereum wallet addresses to profiles, and the ability to tip other users in Bitcoin. Earlier this month, reports surfaced that a planned crypto wallet feature for the site has been paused since Musk took over.

According to the website Blind—where reviewers have to enter and verify their work email addresses in order to review their workplaces—morale at Twitter has taken a nosedive since Musk became CEO.

“Serious questions remain about the stability of the backend over the holidays,” one anonymous Twitter employee wrote on Tuesday. “The most vocal engineers were let go as well, which brought so much more toxicity to the new Twitter culture.”

“Even as he criticizes the capriciousness of platform policies, he perpetuates this same lack of legitimacy through his impulsive changes and tweet-length pronouncements about Twitter’s rules,” Roth wrote.

While Twitter’s crypto lead, along with countless others, may have left the company, Musk still has the help of Andreessen Horowitz partner Sriram Krishnan—for now.