The crash and burn of FTX: What lessons does it teach us? 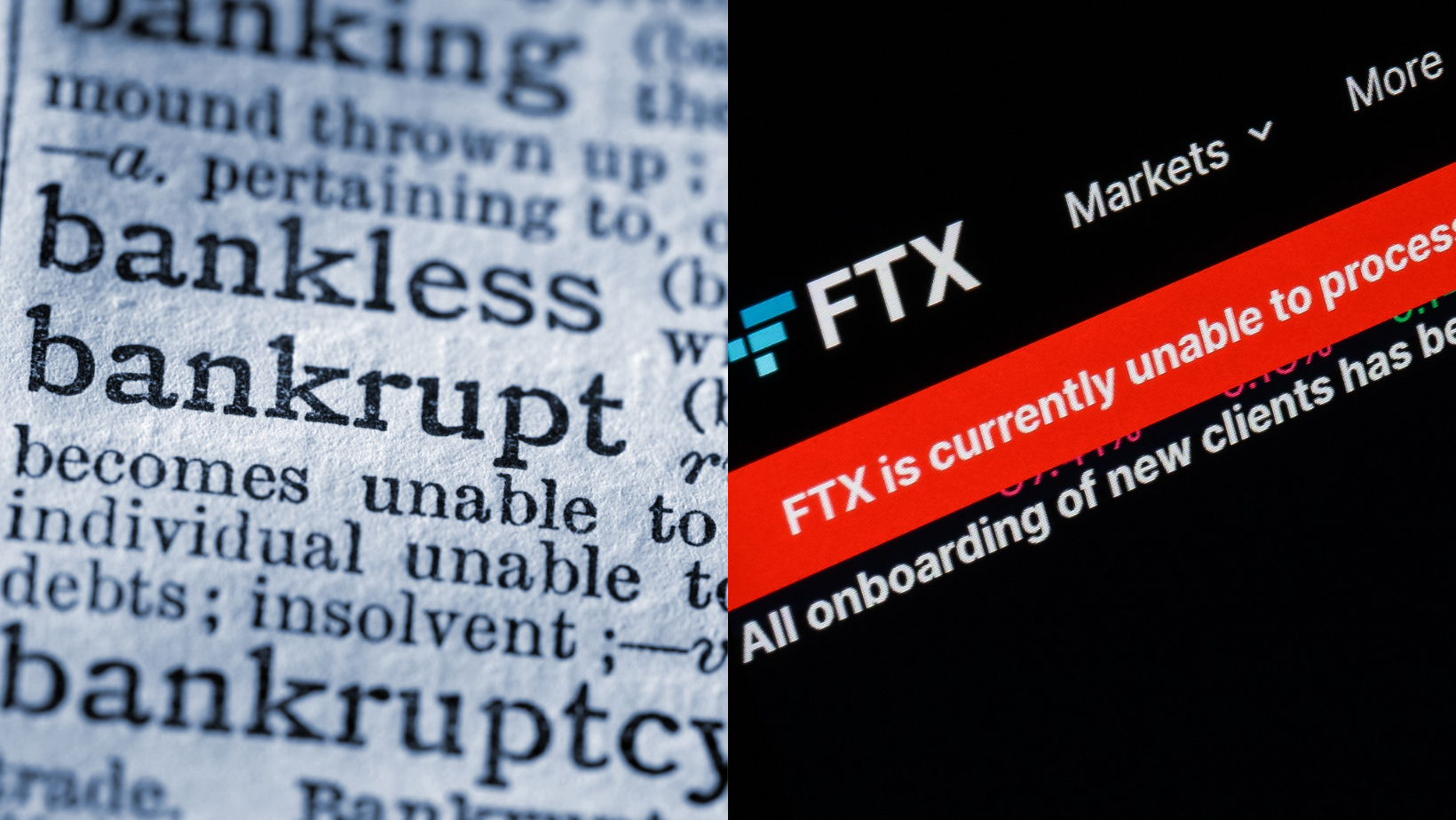 Crypto was having a tumultuous season, but seeing household name FTX fall still came as a surprise to many. The much-discussed cryptocurrency platform was launched in 2019. By 2021, they reported revenues of US$1.02 billion, a figure evidence of their exponential growth from US$85 million the previous year. That soaring increase meant an exchange volume of US$719 billion by their 1.2 million users last year. FTX became a huge and worthy competitor for market leader Binance.

But recent rumors around FTX’s financial stability led to a large number of users withdrawing funds. According to Reuters, US$6 billion had been withdrawn in a 72-hour period. As a result, FTX was forced to look for a bailout, as the mass exodus of the platform users created unmanageable pressure on their cash position. Initially, it appeared Binance would come to the rescue, but Binance later backed out during its due diligence process.

Now, FTX Group has effectively declared bankruptcy in the United States and is now placed under provisional liquidation in the Bahamas, where the company is headquartered. Criminal investigations in both jurisdictions are also underway.

The full extent of the damages caused by FTX is not yet fully known, but there will likely be an eye-watering amount of financial losses for a great many individuals, including in Britain. Now, a difficult question presents itself: Why didn’t the British and other authorities act, when everyone involved said we should have?

As the FTX drama unfolded, the U.K. regulator, the Financial Conduct Authority, published a brief note on the matter in its news section. The authority reminded the public about two of its initiatives: Moneyhelper, a free resource offering guidance for consumers with financial concerns, and InvestSmart, an £11m (around US$13 million) campaign aimed to “help consumers make better-informed investment decisions and become smarter investors.” No doubt well-meant efforts, but also feeble as it became apparent that, in this instance, it was ineffectual in protecting consumers from harm.

Crypto assets are dangerous, we’ve been hearing that from authorities for a good while now. It’s said that the crypto industry is insufficiently supervised. Public opinion and regulators have been claiming that crypto is not secure. So why did no one act decisively and intervene? Was the FCA making the statement for the sake of making it because it sounds about right, or maybe because British policymakers don’t actually know what to do? Like how we sometimes put off tasks we find hard to do? Whatever the case may be, no effective intervention ensued.

Just this September, the FCA felt compelled to address the public with a cautioning note regarding the unregulated status of FTX, which meant that consumers were “unlikely to get their money back if things went wrong.” It almost sounded a bit like a parent taking their hands off and telling you “to not come back crying later.” Merely issuing a warning, however, is not enough for a regulator that claims to put the consumer at the heart of its work. The enormous potential for consumer harm with the failure of the industry being what it was, should have prompted a more proactive regulatory approach.

The FCA currently regulates the crypto sector from an anti-money laundering and counter-terrorist financing (AML/CFT) perspective, as a crypto exchange assumes funds changing hands. The FCA requires firms operating in the U.K. to register with them. To achieve this registration, which 38 crypto players have managed to accomplish, applicants are required to show they have systems in place to pick up and prevent untoward money flows. They reported that nearly three-quarters of applicants had failed at showcasing effective controls or withdrew from the process voluntarily.

This past April, Rishi Sunak — who recently became Britain’s prime minister — voiced his ambition to make the U.K. a “global hub for crypto asset technology.” That came as plans were presented, among other things, to create sandboxes, form working groups and regulate stablecoins — digital assets that remain stable in value as it is linked to a less volatile asset, such as gold or a fiat currency.

Last month policymakers repeated their intention to bring elements of the sector under the Financial Services and Markets Bill and under their influence through the financial promotions regime. During their Annual Public Meeting on Oct. 12, the FCA faced a fair amount of questions regarding the crypto sector, suggesting that its plans may not be going far enough.

A few weeks later, FTX imploded. As its victims and creditors are left to pick up the pieces, some are now arguing that there was not much that regulators could have done.

During an address to Parliament, the Bahamas’ Prime Minister Philip Davis, said that the country’s crypto regulations could not have prevented FTX from crashing down the way that it did, and that his country also did not have sole oversight of the company’s global operations. The statement shouldn’t be seen as an argument to discount regulatory intervention as a preventative measure, but it holds some truth. It is fair to say that FTX operations crossed the borders of many jurisdictions, and any of many nations and their regulatory agencies had a chance to step in, but did not. What’s more, when we look at what allegedly went on inside the walls of FTX, it starts to look a lot like running a business very poorly.

It should not take regulatory intervention for an organization to do honest and good business. It is worth pointing out the obvious: the main responsibility lies with the management of FTX. The noise around the eccentricity of the founder and Chief Executive Officer Sam Bankman-Fried — an image he himself worked on maintaining — made for entertainment. It still doesn’t do away with the fact that the organization with over a million customers, had an entire management team at the controls.

FTX failed to implement good controls and lacked fruitful governance structures and ethics. There was too much power concentrated in too few, inexperienced hands. The company did not even seem to keep appropriate books for its digital assets and used unsecured shared email accounts to access private keys. And with so much more of this coming to light, it is incomprehensible that no one within FTX stood up earlier.

When a scandal of this size erupts in a sector as controversial as crypto, we need to make it count for something by analyzing the drivers and not — or no longer — waiting to act. So, what would be some of the lessons of this loud event?

First, we should learn why we never seem to learn. Because there are too many corporate scandals (think Enron or Lehman Brothers) to pick from in both newer and traditional sectors. It shouldn’t happen that huge corporations are allowed to be run in such an abominable way.

Second, it is an opportunity for organizations, irrespective of what sector they operate in, to take stock and enhance their efforts to make sure that proper controls are in place. Are you cultivating a corporate culture where a whistle-blowing policy is not just a means to an end?  Unsightly practices have to have a way of coming to the surface. Putting integrity central in the running of a business remains as relevant as ever. That should clear the path for strong governance structures, comprehensive policy and effective controls.

And, finally, it is not unimaginable that regulators, including the FCA, will now need to intervene faster. They have a task in front of them to create a solid framework for the sector to operate safely in. The determination that a whopping three out of four businesses looking to operate in the U.K. fail at AML/CTF (anti-money laundering and counter-terrorism financing) should have caught more attention, as it is an indicator of a systemic problem. They should learn to not let sleeping dogs lie and be prompted to delve deeper. Being so explicit about their intention to protect consumers from harm, in this instance, they have failed at doing that. An additional piece of work could be educating them so they are better placed to navigate the future FTXes still to come into this world.

It may well be too soon to raise the question, but here goes: How can a group of over a million people — and powerful institutional investors like Temasek and SoftBank — bring many billions of dollars in capital to the same place, and not realize the power that it gives them and to use that to expect more from FTX and the regulatory bodies that (should) have had oversight? Let’s hope this time we use these events as a costly lesson learned, to become more critical and vigilant about where we put our money.