William Oliver of MIT gave an overview of the status of Quantum Computing as of late 2021.

There had been experimental indications that the 1 and 2 qubit systems for several types of hardware are getting to useful levels of fidelity (reliability). In a separate talk by IonQ, they indicated that a Barium ion system could achieve non-error corrected fidelity of 99.98%. This would be at level where about 100 physical qubits could have 70 reliable logical qubits even without error correction. IonQ believes 70+ logical qubits via error correction or high fidelity will enable commercial useful work to be done. 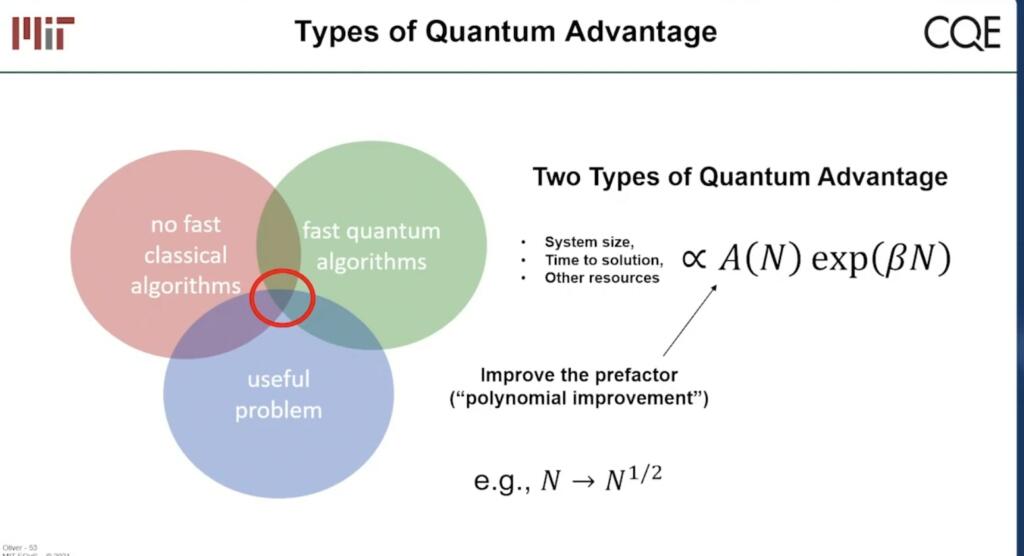 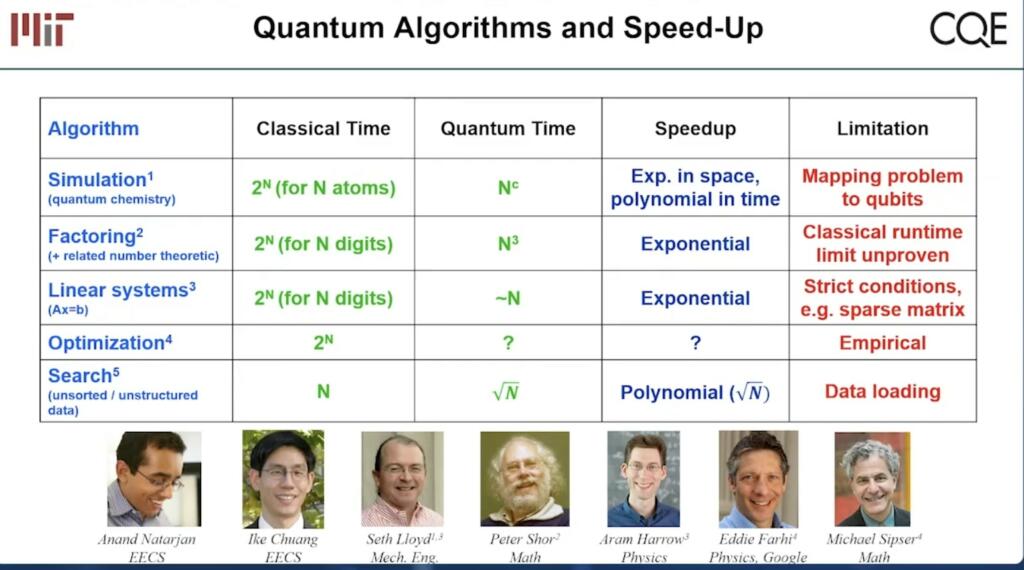 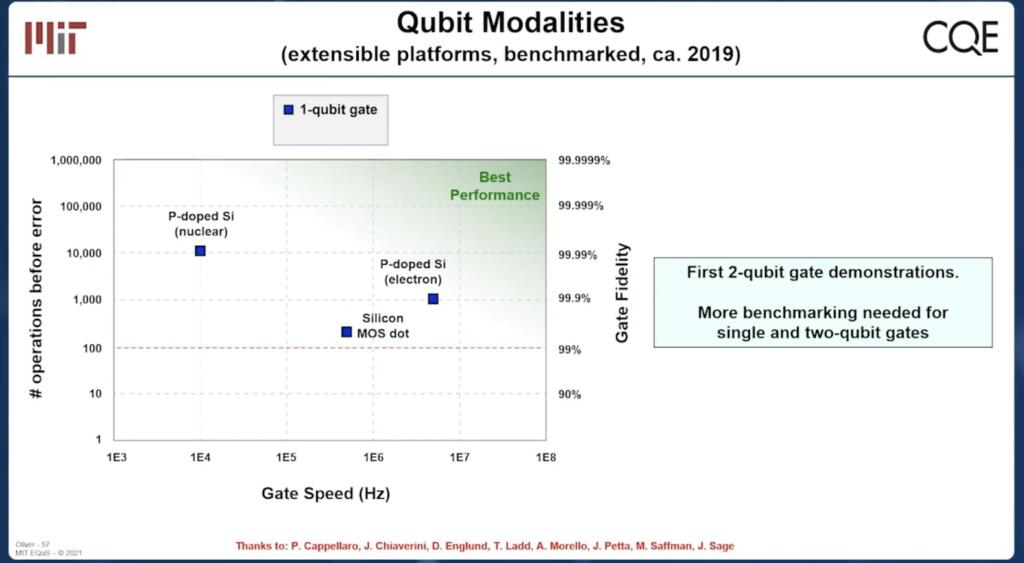 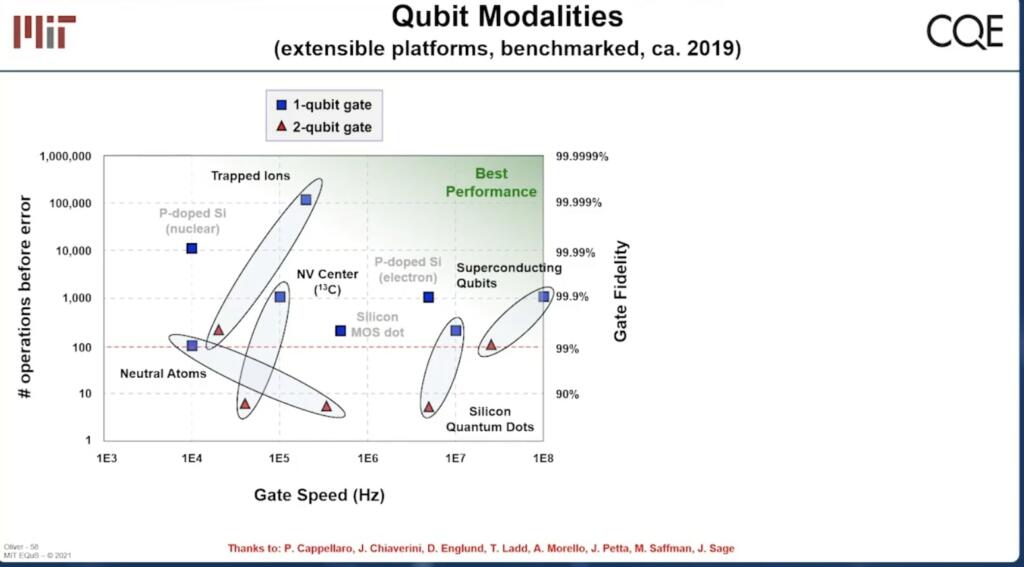 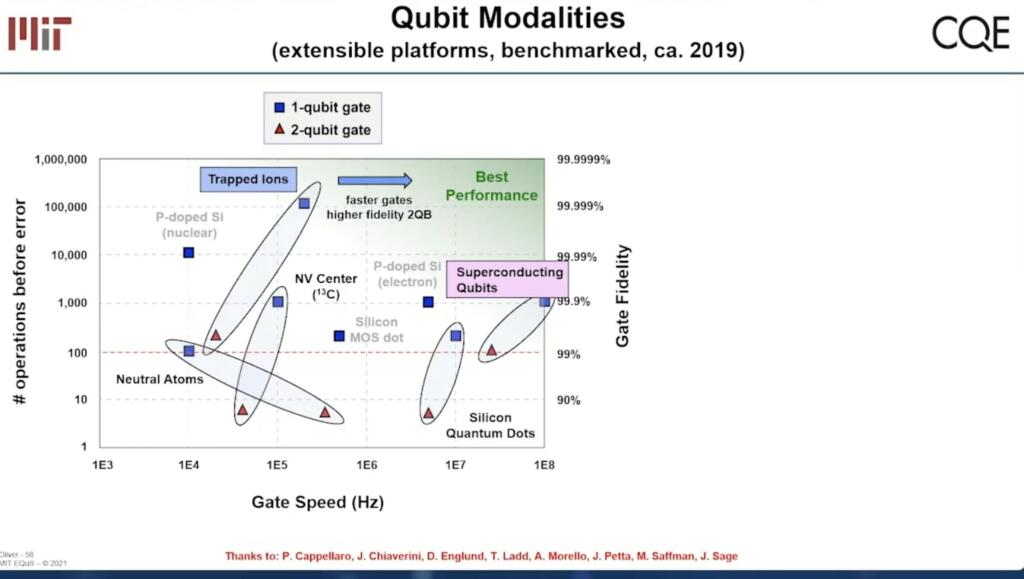 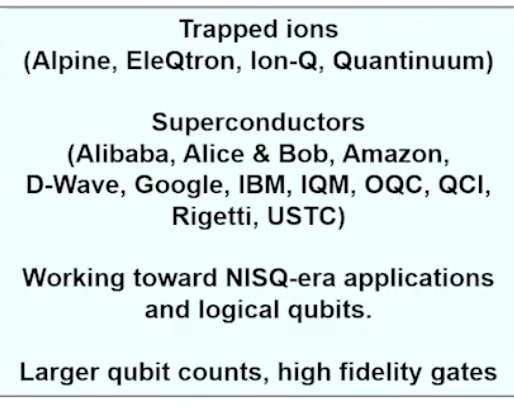 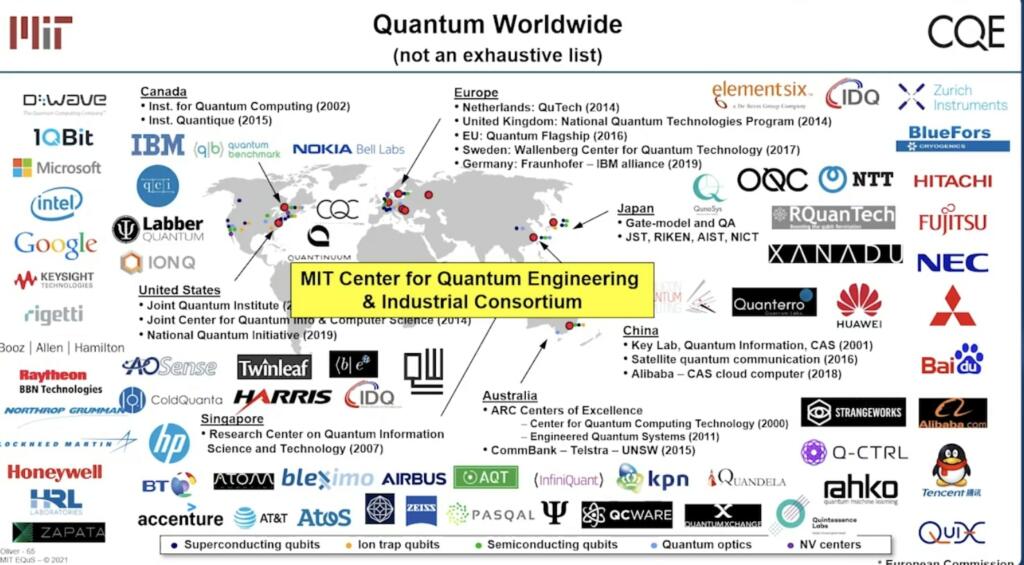 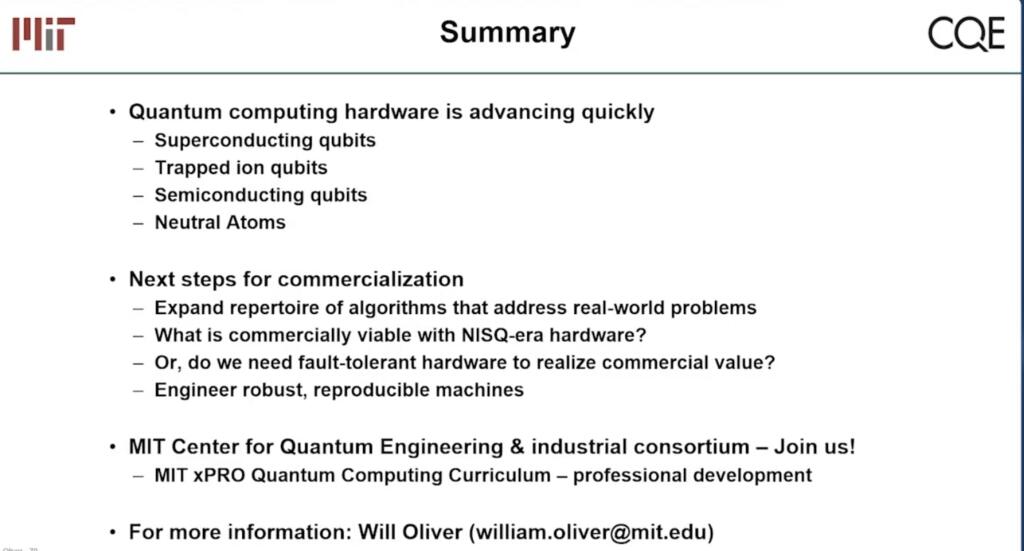 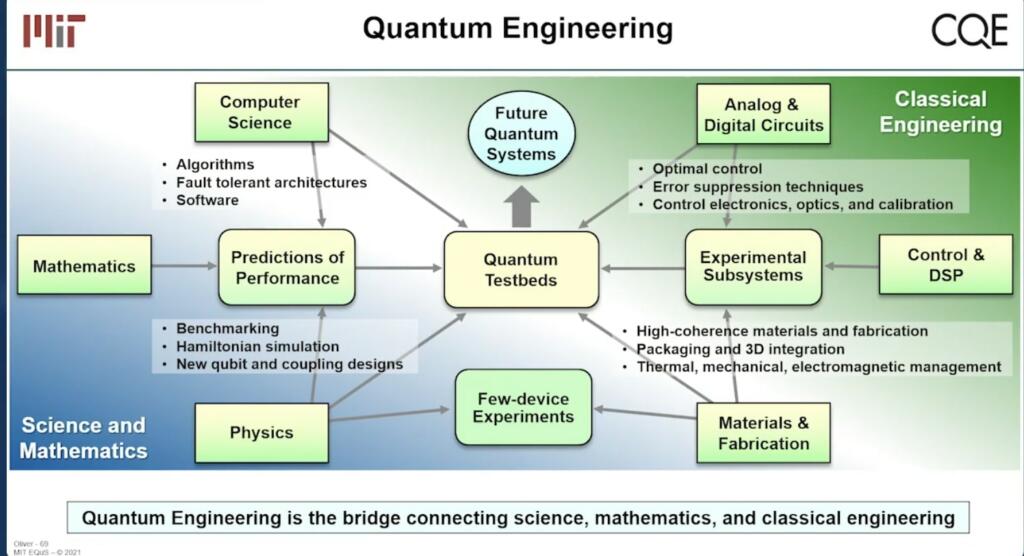