Rakuten Viber and Snap both have packages of AR lenses and interactive experiences to celebrate the FIFA World Cup. Since the two apps joined forces on AR tech last summer, activations like this often go forward for both companies at the same time, ensuring that users of both platforms have access to the quality AR content.

But remember, the AR content on both platforms is never exactly the same. Here, we’ll look at how both companies and their communities are celebrating the world’s most-watched sports event.

Rakuten Viber is a secure calling and messaging app that last year added support for AR effects and other graphics through a partnership with Snap. However, the company takes that technology in its own direction when it comes to the experiences that it provides users.

“We are excited to offer many different rewards and interactive content to our users,” Rakuten Viber Senior Director of Growth Top Markets, Atanas Raykov, said in a release shared with ARPost. “Sharing your predictions, finding out the score of the latest game, or checking the global leaderboard will be as easy as opening the Viber app.”

The World Cup on Viber

Users of Rakuten Viber have access to themed frames for festive photographs, as well as for keeping track of the game score and other features. Users can also augment photographs with a World Cup sticker pack in English as well as eighteen other languages. 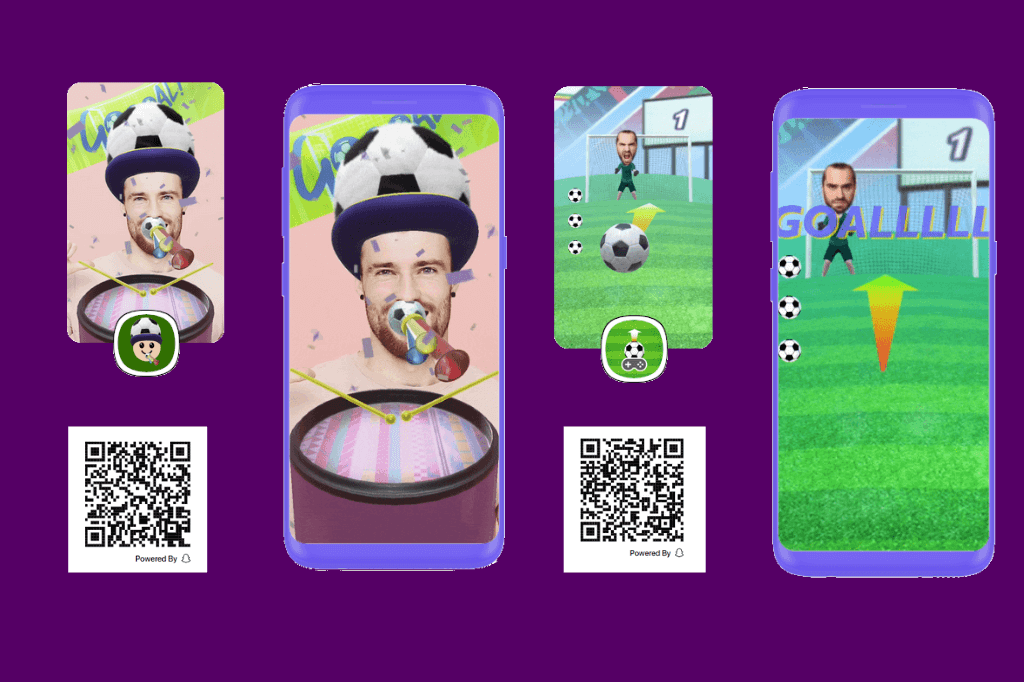 Rakuten Viber has also created a series of gamified lenses, allowing users to score goals with a virtual ball, cheer on their favorite team, or make short videos of themselves with soccer balls flying around their heads.

And, those are just the AR experiences. Rakuten also has channels dedicated to the game, and a football-fan AI chatbot that users can interact with, in and around the big game.

Snap is excited to celebrate the big game too. And, Like Rakuten Viber, they have both AR experiences as well as flat and 3D activations throughout other arms of their app services.

“We’re thrilled to cover the biggest global sporting event of the year across all of Snapchat – with dedicated custom AR experiences and comprehensive content coverage that will include localized highlights from every game in over 30 countries,” Snap Inc. Head of Sports Partnerships, Anmol Malhotra, said in a release shared with ARPost.

Snap’s AR offerings include both official and “organic” Lenses and filters representing 13 national teams from around the world. There are also new World Cup-themed Cameos that help to put you in the action as well. 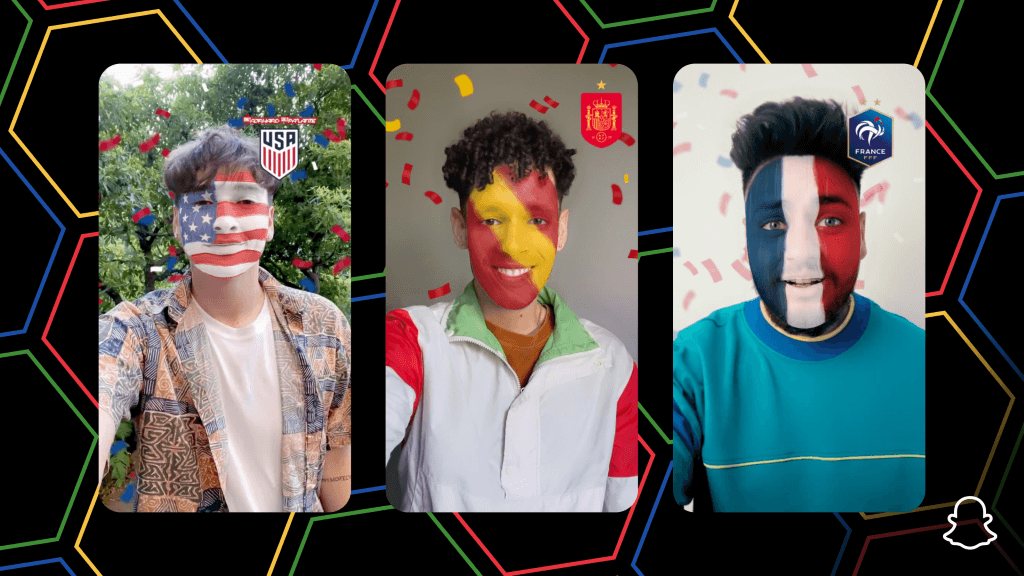 Other Experiences Across the Snap Universe

Not all of Snap’s World Cup adventures are in AR either. There are also official and organic stickers, themed content on Spotlight and Discover, and special Bitmoji outfits.

For a truly global celebration, open your Snap Map. Posters everywhere that select to share their celebrations publicly can have their content appear at their real-world location so you can see what celebrations look like around the world.

I want a Good, Clean Game

No matter which platform you use or how you use it, it’s fun to see these social platforms showing their colors for the world’s biggest game. See you at the World Cup!