Meta Avatars is an SDK available to any Quest app. It’s used in Meta’s Horizon suite, but also in games like GOLF+, ForeVR Bowl, and PokerStars VR. Eleven Table Tennis plans to add Meta Avatars in a future software update. 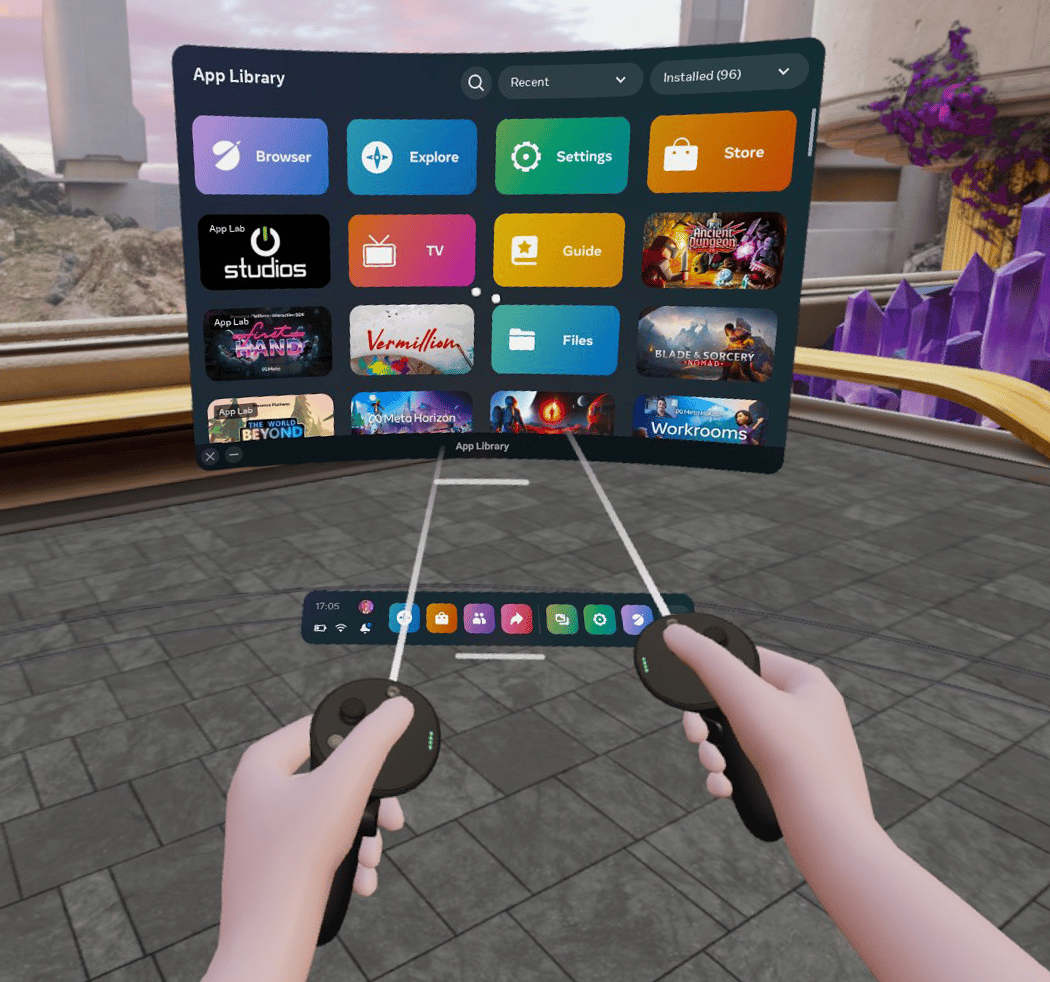 When the original Oculus Quest launched its home environment only showed the controller, no hands. A later software update added the translucent outlined “ghost hands” present until now.

As of software update v47 you will now see your Meta Avatar arms and torso in Home at all times. Previously your Meta Avatar loaded in if you invited your party into your virtual home, but not in single-user mode. It took a headset reboot after v47 was installed for this feature to apply on my headset. 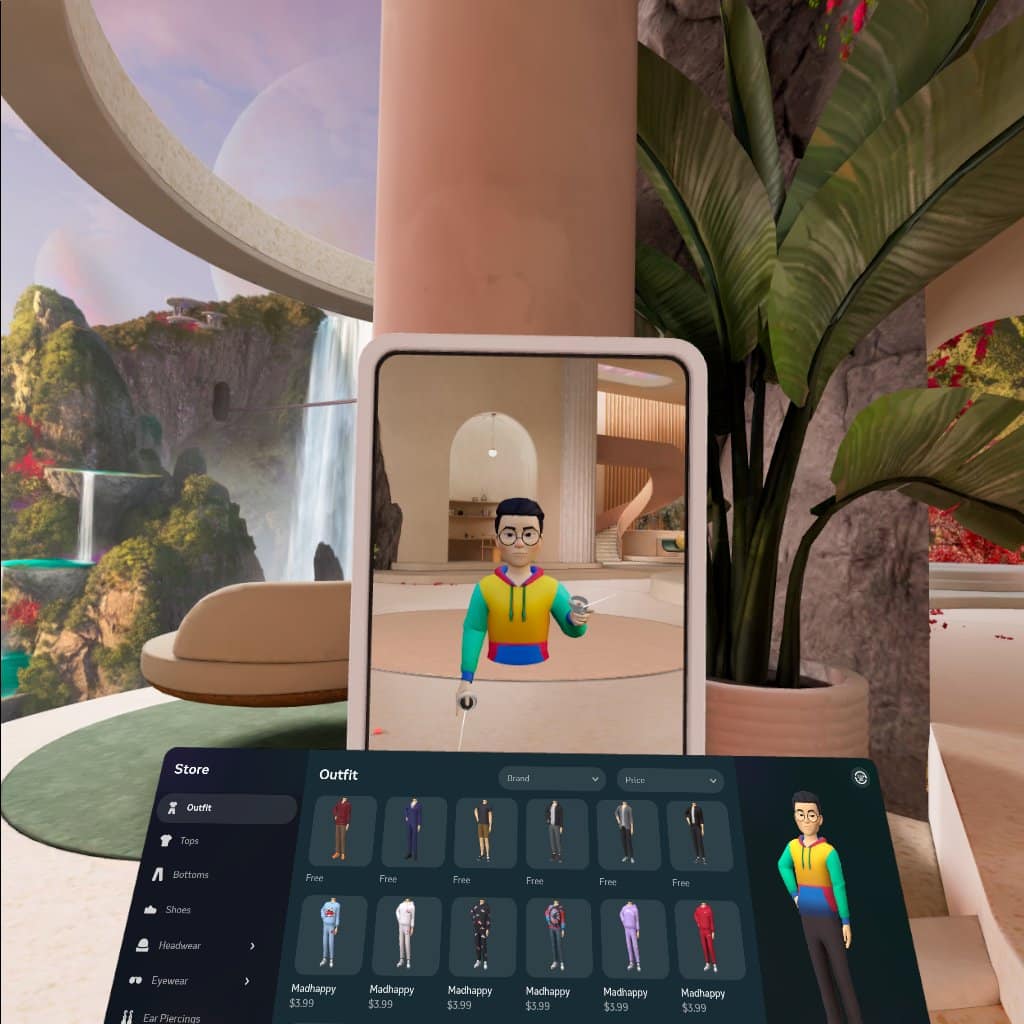 Meta’s v47 announcement blog post also says v47 adds a mirror to Home letting you view and edit your Meta Avatar, but that hasn’t appeared yet in my headset. Meta sometimes rolls out features progressively over the course of a week or more.