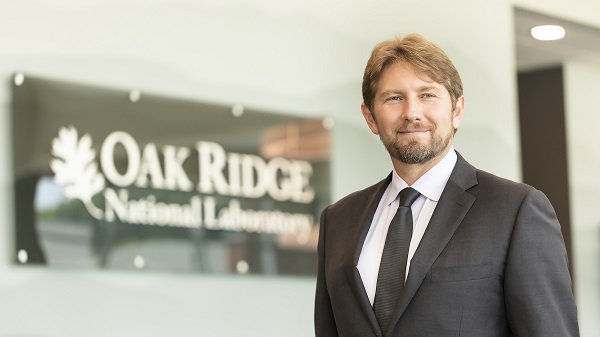 As the high-performance computing (HPC) community looks beyond the brink of Moore’s Law for solutions to accelerate future systems, one technology at the forefront is quantum computing, which is amassing billions of dollars of global R&D funding each year.

In a new initiative this year, OLCF and QCUP are bridging quantum and HPC through a hybrid allocation program that provides dual access to QCUP’s quantum vendors and OLCF’s supercomputers.

“The purpose of QCUP is to help us understand how the [quantum] technology is developing and help us forecast when we would want that technology to be a part of the next HPC system,” said Travis Humble, QCUP director.

Humble is also director of ORNL’s Quantum Science Center, which is funded through a different DOE program—the National Quantum Information Science Research Centers—but shares overlapping interests in quantum research and development. He will be a panelist for “Quantum Computing: A Future for HPC Acceleration?” at SC22 (The International Conference for High Performance Computing, Networking, Storage, and Analysis) on Friday, November 18.

Humble said QCUP offers a range of quantum computing systems to explore what works best for certain problems and that classical computing is a part of this exploration. “We don’t yet know the best hardware and how applications will match. Quantum computing, as a theory, gives us a whole new playground in which to try out computation, to inform scientific discovery, so it changes the types of problems we can actually compute. A supercomputer is powerful—but it’s restricted too. Hybrid takes the best of both worlds.”

However, he cautioned that not many applications currently make good use of both devices, and the intention of QCUP’s new quantum-classical hybrid allocations is to find applications that run well on both. 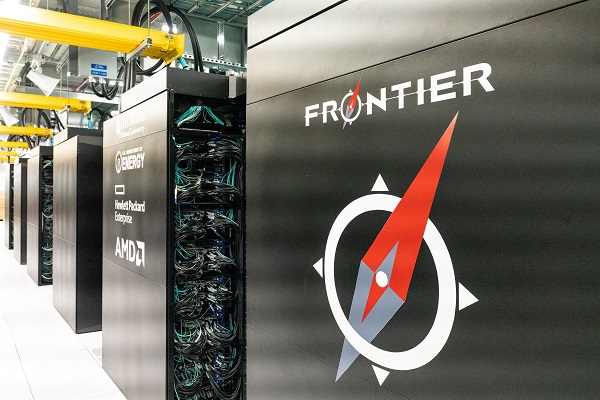 QCUP has about 250 users and has evolved since 2016 from an internal laboratory program to the current user program. Sponsored by DOE’s Advanced Scientific Computing Research (ASCR) program, the quantum user program adopted the same HPC user model as ASCR’s leadership computing facilities, which review scientific proposals for potential impact and merit to allocate time on computing systems.

“We look for feasibility—are they trying to solve a problem that will even fit on a quantum computer—and technical readiness and application,” Humble said.

QCUP user assistance support includes a Science Engagement Team that assists researchers in porting their code, although in the past many users have been “expert quantum users,” he said. “They’ve written programs and are ready to go.”

Many users come from scientific programs with research ties to quantum, such as high-energy and nuclear physics and fusion energy. For example, a team led by Lawrence Berkeley National Laboratory used QCUP resources to simulate a portion of two protons colliding, breaking physics calculations into those best suited for classical versus quantum computing in order to include quantum effects that a classical computer would otherwise approximate.

“By far, physics has the most presence. Second is probably computer science, which includes building tools that enable better performance of a quantum computer,” Humble said.

In another QCUP project, a team led by University of Chicago and Argonne National Laboratory researchers simulated quantum spin defects, with applications for encoding information in quantum computers. In this case, they used classical calculations to validate and reduce errors in their quantum computations.

Artificial intelligence (AI) also makes an appearance at the interface of classical and quantum computing. Humble said the goal of some computer science projects is to utilize quantum computing to accelerate AI and machine learning workflows or to uncover quantum-specific information in AI-generated data.

Although the program provides access to quantum computers through an HPC user facility, these computers are not integrated with HPC systems. One of the ultimate goals of QCUP is connecting quantum and HPC systems, but there are near-term barriers.

“Part of the barrier now is that quantum computing is so early. If you look at what a quantum computer is today, in 6 months, it will be replaced by something new,” Humble said.

From a technical perspective, quantum computers still require special maintenance and cannot yet compete with the performance of HPC. From a user perspective, training hurdles have mostly relegated quantum computing to the quantum experts.

“The training material that you need to start using quantum computing is also in its infancy,” Humble said. “For the vast majority of HPC users who want to adopt quantum, we have to create training resources for them.”

Although many HPC-quantum collaborations are still in their early days, experiences from programs like QCUP and quantum projects at other HPC centers may help set the stage for future HPC-quantum integration.