Population: One will launch early access for its sandbox creation tools on December 14th.

The cross-platform battle royale game has been teasing its sandbox creation for a couple months with initial launch for the new features confirmed for December 14th. POP1 first launched in late 2020 on both Quest and Steam, and Fortnite-like building has always been part of the experience. With the sandbox launch, though, players can make original games in VR, set their own rules, and pull from an in-game asset library. Developers BigBox VR, which was acquired by Meta last year, makes clear the classic battle royale game is still there and in active development. The new sandbox on December 14th, however, will also make available an additional set of games and worlds made by players. The community will be able to vote for ones they like and there will be curated playlists for quick play matches.

The sandbox also doesn’t restart after each round like the traditional battle royale game, so “you can hang out with friends and never leave,” according to the studio. BigBox shared the key art for the mode exclusively with UploadVR: 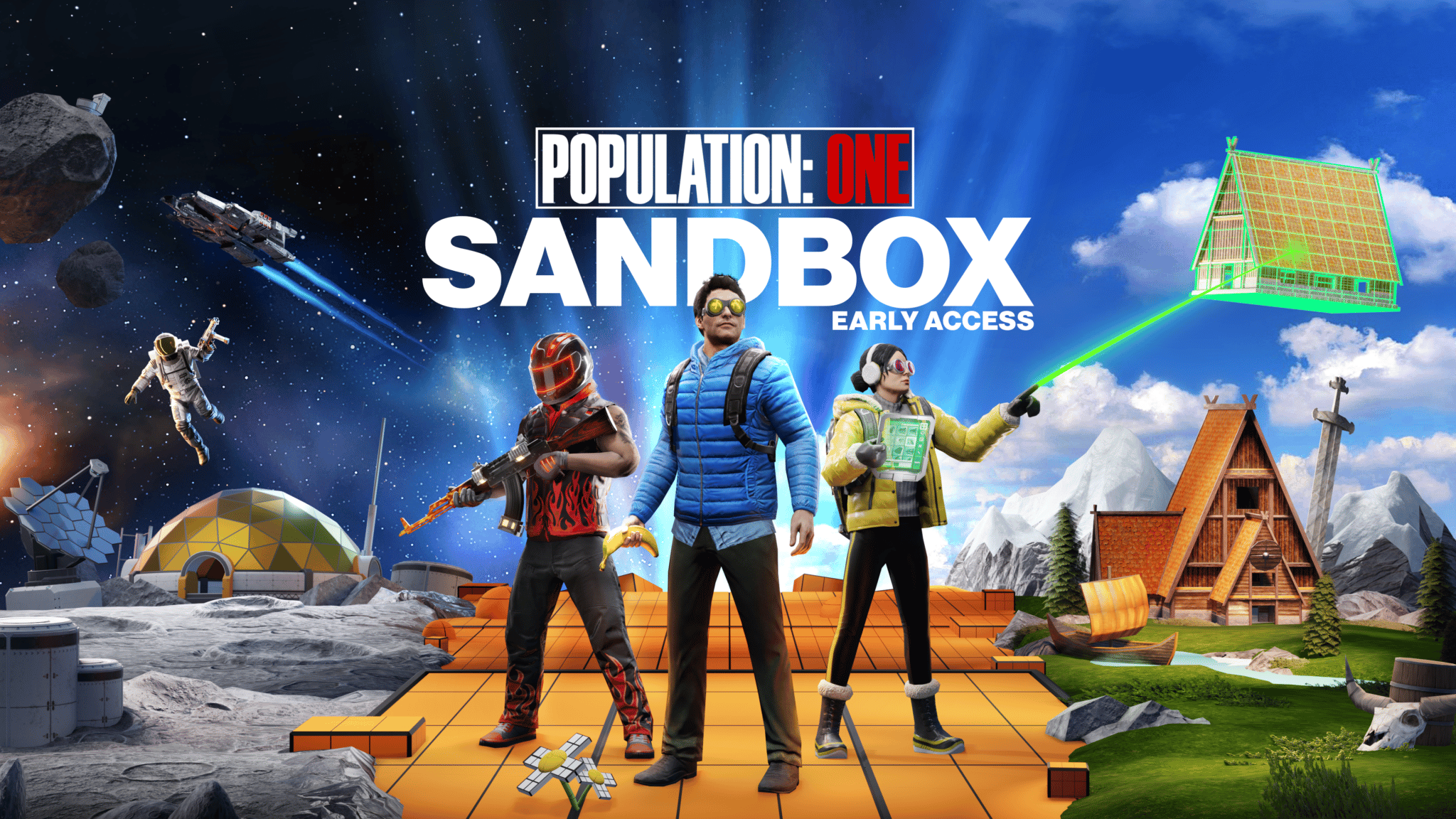 We’re extremely curious to see how far players take the sandbox tools and what emerges from the POP1 community. The new features make sense for BigBox VR and POP1, of course, but it’ll also be interesting to see how the effort continues to evolve in parallel to Meta’s larger Horizon Worlds platform which is also focused around world-building.