Usage of ‘Other’ VR headsets grew most in November on Steam following the launch of Pico 4 and Quest Pro.

Companies like Meta, Valve, & HTC don’t reveal hardware sales figures. Historically the Steam Hardware Survey has been the most reliable indicator of PC VR’s adoption. In recent months there’s been some anomalous data in the results, though last month Valve corrected its data and wrote to UploadVR that its “hardware survey sees natural variations in survey response rates from month to month, so some variability in the statistics is to be expected.”

The survey is offered to a random sample of Steam’s userbase each month. If you choose to accept, it uploads your PC specifications and peripherals. Before March 2020 the survey relied on headsets being connected via USB at the time of sampling, but then Valve changed it to scan your SteamVR logs from the past month. 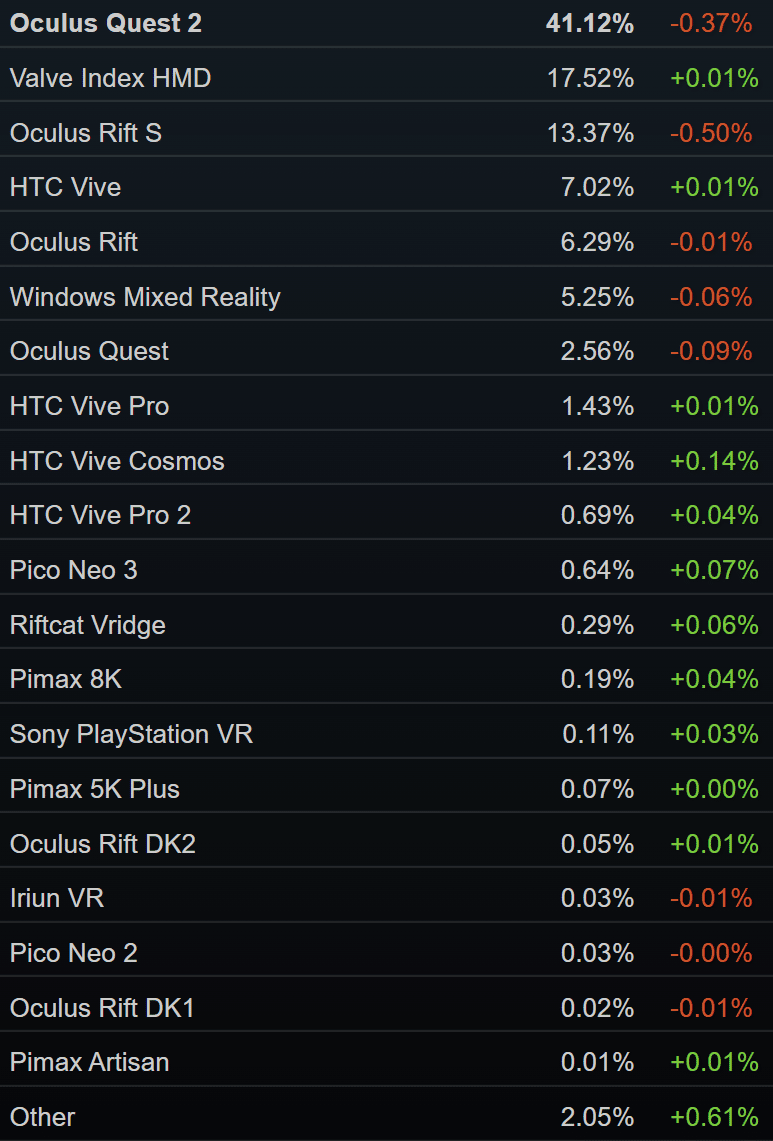 When it comes to the per-headset share of SteamVR usage, the fastest growing type in November was ‘Other’. This category likely includes Quest Pro using Quest Link and Pico 4 accessing SteamVR through Pico’s software, since they aren’t listed separately. Valve may break out each headset’s usage into a new row as the number of owners of each grows.

Virtual Desktop developer Guy Godin told UploadVR that Pico 4 users accessing SteamVR through his app should be counted as Quest 2, but share of Quest 2 usage dropped by 0.37% in absolute terms. 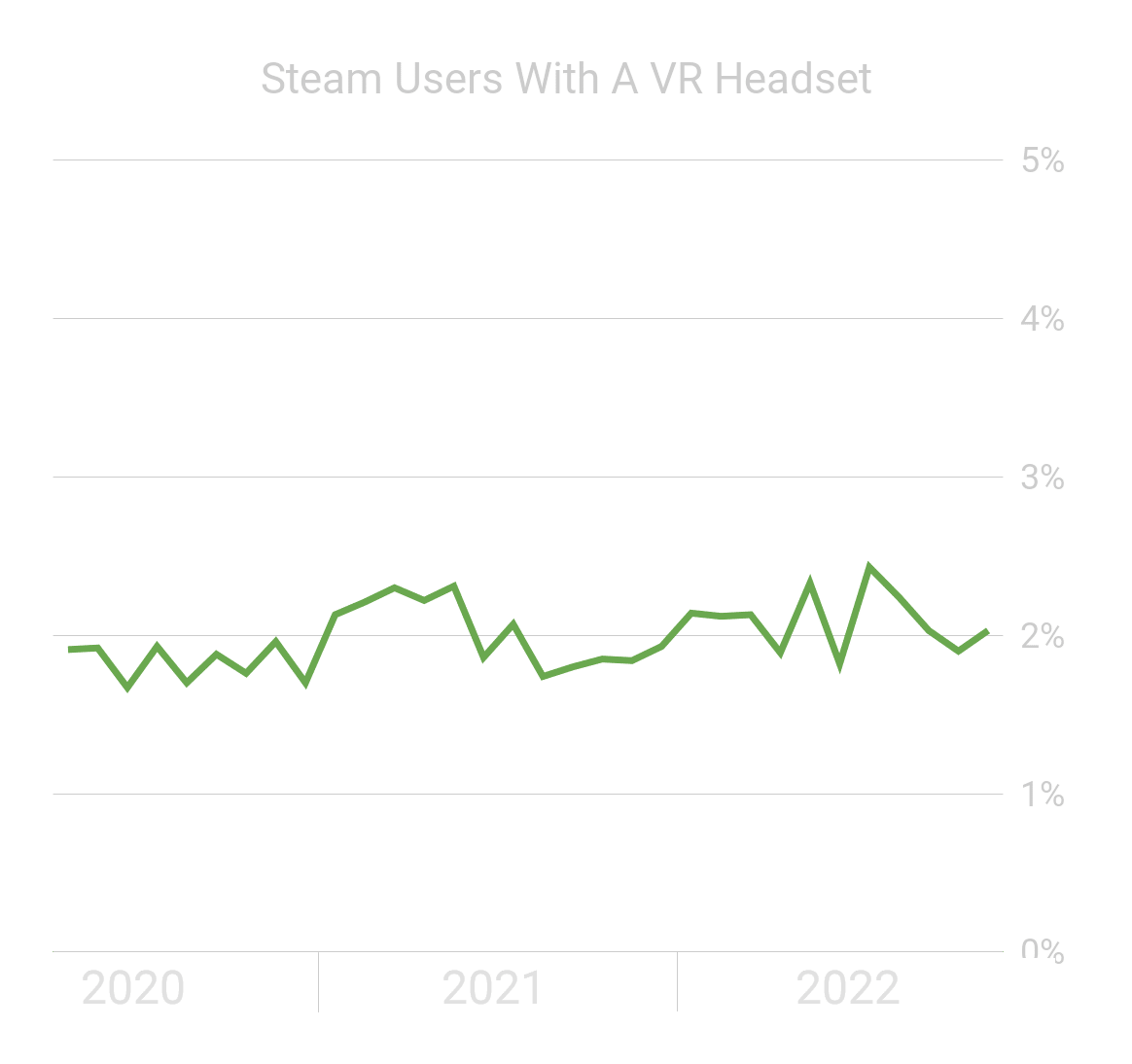 The overall Steam users with VR Headsets figure increased, from 1.9% in October to 2.03% in November. PC VR headset usage growth continues to stagnate relative to the wider PC gaming market.