Our Relationship To Money Helps Us Understand Bitcoin 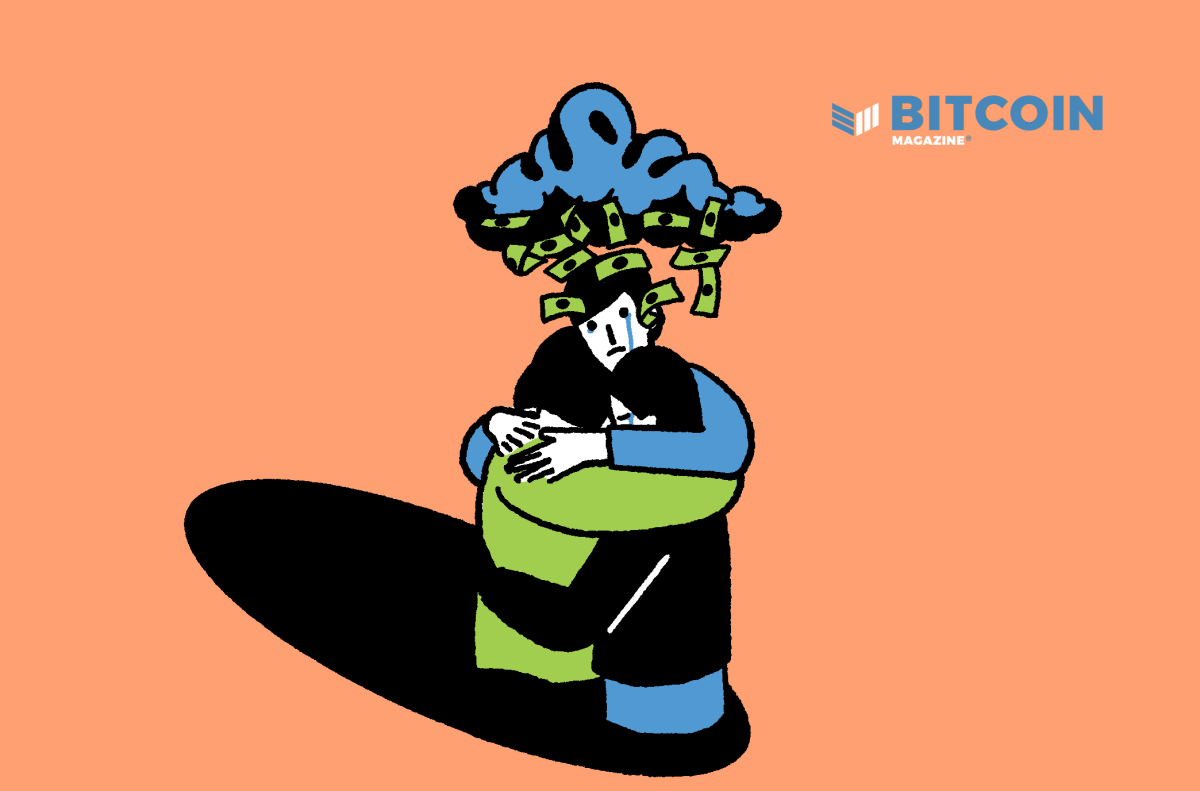 This is an opinion editorial by Mark Maraia, an entrepreneur, author of “Rainmaking Made Simple” and a Bitcoiner.

“What Is Your Relationship To Money?”

I’d argue that’s a more intimate question for many than “Are you happily married?”

I’m sure most readers have never thought deeply about their relationship to money. Those raised with a scarcity mindset will never have enough. This is usually learned from parents and family at a very young age. It is also reinforced by fiat. If you are losing 7.7% of your purchasing power every year, you are likely to foment a mindset of scarcity. Those raised with or those who cultivated an abundance mindset were programmed differently. Either way, your mindset around and about money is ultimately a choice; you can alter or rewrite the program. For some people, this is easy. For others, it’s nearly impossible. And there are people who have plenty of money, but still aren’t happy.

In our modern world, there are many who believe that money is essential to life. There are some who go overboard and idolize money. They worship making it and they worship the people who make lots of it. If you have or earn ample amounts of money, count your blessings. A man or woman who has few needs lives more freely and abundantly than the rest.

Most of us have a special — often invisible or unexamined — relationship to money. For some, it gives them their whole reason for being in this world, while for others it’s a means to an end. As we observe events like Prime Minister Justin Trudeau’s freezing of Canadian truckers’ bank accounts or Biden’s theft of Russian reserves, we start to realize some chilling realities about the nature of money. If you don’t have physical possession of the monetary asset, all you have is an IOU, and that IOU is very tenuous if the ruling authorities decide your words or actions don’t comport with their worldview. Usually, the IOU is from the bank or credit union where you have deposited “your” money. The only thing is: It’s not “your” money once it’s deposited into the bank.

Bitcoiners are fond of saying, “Not your keys, not your coins.” What many people who aren’t Bitcoiners don’t stop to consider is that the money in their bank account isn’t really theirs. Zoltan Pozsar, global head of short-term interest rate strategy at Credit Suisse, makes the case that we’ve entered a new era of Bretton Woods III, which involves inside money and outside money and claims that commodities will underlie international monetary affairs. Inside money is money which has a middleman, such as a bank. All the money that you hold is essentially an IOU. Outside money is money that is outside of the banking system. It cannot be taken from you through denying you access to an account, nor can they inflate it away.

Money you earn for the work you do is proof of work. If you’re fortunate, you earn more than you need for everyday living. In the paper money era, that meant you traded your precious time, labor and life energy for green paper strips and little metal disks. Today you trade your precious time, labor and life energy for pixels on a computer screen. When viewed through that lens, one begins to realize that money is just a symbol. If all we have is an IOU with a bank, all kinds of mischief is possible from governments and banks. This may include bailouts, bail-ins and outright theft. This is deeply troubling. Our reliance on state-issued currencies means our wealth can be confiscated with a keystroke or the stroke of a pen.

The question at the outset can be further broken down into two very important and personal questions:

What Is Your Relationship To The U.S. Dollar?

I grew up very fortunate. I lived in a home that always had food on the table, a roof over our heads and the privilege of not having to ever worry about money. A classic middle-class upbringing through high school. I went to a public school and a private college, where I paid for half my education and worked as a professional once I got out of school.

I was so fortunate to grow up never really thinking much about money. It was low on my list of priorities and remains that way to this day. I rarely worried about having enough and generally took money for granted. Yes, in the early days of my career, I lived paycheck-to-paycheck, but I had savings — modest though they were — and parents who were a financial backstop. A family banker of last resort, as it were.

That upbringing was both a blessing and a curse. Why a curse? Because I never gave money much thought. Aside from the unspoken values my parents modeled, I was never taught about money, our banking system or our financial system. Those of us living in the U.S. enjoy the additional privilege of having the world’s reserve currency in our pocket. That privilege is one most Americans take for granted.

While the U.S. dollar today is still considered the world’s strongest currency, it is no longer a reliable store of value. Even the most privileged people begin to take notice after watching the Federal Reserve and our government put absurd amounts of money into circulation.

All Americans alive today grew up with the dollar as the world’s reserve currency. To most, that means nothing. Most of us can probably remember the first time someone handed us a $5 bill or some other denomination when we were young and we felt a rush and thought. “Wow, I’m rich!”

Do you have strong feelings of pride over the U.S. and its founding ideals? Could that influence how you see the dollar? Do you have feelings of shame over the forever wars we’ve fought since Vietnam? While it may seem irrelevant, those feelings will dramatically impact your relationship to the country’s currency.

Are you a money manager in a hedge fund? Are you a millennial? Are you a boomer? Are you a venture capitalist? Each will shape your relationship with the world’s most desirable fiat currency. Do you see your bank account or access to capital as a source of safety, a source of security or a source of power? Do you see having a bank account as a privilege? These are all symbols. The majority of people in the world are unbanked. As we’re learning in 2022, these symbols are losing their luster and are highly illusory.

Enter a new kid on the block that was quietly brought into existence on January 3, 2009.

What Is Your Relationship To Bitcoin?

A huge percentage of people in the Western world are dismissive of it. Like all new technology, we find it hard to trust something we don’t understand. Until we have no choice. Canadian truckers were not interested in bitcoin until they needed to be. I believe we have now entered a period in which the transgressions of the fiat system leave us with no choice but to learn more about bitcoin.

This is a guest post by Mark Maraia. Opinions expressed are entirely their own and do not necessarily reflect those of BTC Inc or Bitcoin Magazine.