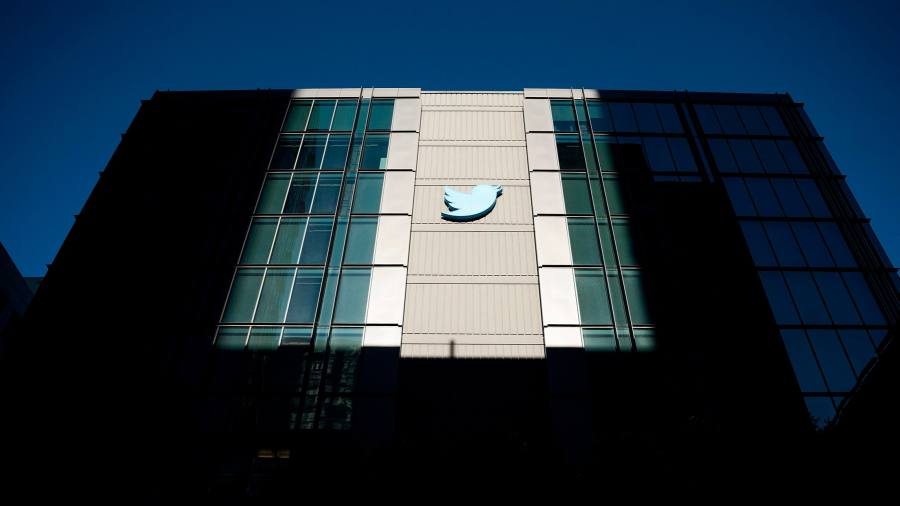 Dozens of employees have announced they were leaving the platform on the company’s internal Slack channels, according to two people familiar with the situation, ahead of a deadline Musk set requiring them to formally register their desire to be part of building “Twitter 2.0” or leave with three months severance pay.

Many shared emojis of a person saluting, or a blue heart, in a sign of camaraderie, one of the people said. Some users of Twitter, meanwhile, expressed concerns the latest exits could wreak havoc on the site.

The ultimatum is part of Musk’s efforts to overhaul Twitter’s historically relaxed culture, using as a blueprint the tough culture of long hours at Tesla and SpaceX, the other companies he runs. The billionaire on Wednesday told employees they “will need to be extremely hardcore”, and that the company would focus on engineering, as “a software and servers company”.

The resignations have heightened concerns that the company has been left with gaping holes in knowledge and capacity, just weeks after Musk cut half of its 7,500 workforce following his $44bn acquisition. Some users of the platform fretted the changes could result in Twitter’s imminent meltdown.

“I can’t emphasise enough how much everything is at a standstill,” said one employee.

Staff were told via email that the offices had been closed effective immediately and would also be shut be on Friday, with badge access suspended, two people said, confirming a report by website Platformer.

A week ago, Musk faced a mini-exodus of top cyber security leaders including Yoel Roth, head of trust and safety. On Thursday, Ella Irwin, a vice-president of its health products and services team, was appointed as Roth’s replacement in an attempt to allay some concerns, said two people familiar with the matter.

Some employees tried to ask for the deadline for Musk’s “hardcore” ultimatum to be extended in light of Irwin’s appointment while they reassessed, one of the people said.

Meanwhile on Thursday, Musk emailed staff saying they could work remotely on the condition that they were high performers and had their managers’ blessing. Just last week he mandated all Twitter employees had to be in the office for a minimum of 40 hours per week.

It “feels like they’re trying to convince [some] people to stay”, one employee said on Thursday.

Others, however, have been fired publicly in recent days for challenging the billionaire entrepreneur or expressing concerns through internal messages on Slack or on the platform itself, said three former employees.

The cuts and rapid changes have raised fears of a proliferation of misinformation and hate speech on the platform, while Musk has paused sign-ups to its flagship premium subscription service Twitter Blue, after its “blue tick” feature was abused by impersonators, targeting politicians and brands such as Eli Lilly and Lockheed Martin.

Musk also last week warned employees that bankruptcy was not out of the question. “How do you make a small fortune in social media? Start out with a large one,” Musk tweeted as resignations rolled in.

A group of top Democratic senators on Thursday urged the Federal Trade Commission to investigate Twitter over concerns Musk’s shake up of the company has “undermined the integrity and safety of the platform”.

In a letter addressed to the FTC chair Lina Khan, the seven senators cited the heavy job cuts and reports that the company has scaled back internal privacy reviews as part of cost-cutting efforts. Signatories included Elizabeth Warren, Richard Blumenthal, Edward Markey and Cory Booker.

European regulators and the Irish Data Protection Commission, the lead European privacy watchdog, have also been circling the company over similar concerns, the Financial Times reported on Wednesday.