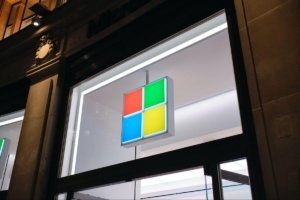 Microsoft revealed last week that a threat group identified as DEV-0569 was behind a new wave of Royal ransomware and other malware deployed through phishing links, legitimate-looking websites, and Google Ads.

Bypassing security solutions is one aspect where threat actors sometimes face challenges. One way they can bypass these solutions is through deceiving users to let them in by clicking on malicious links or downloading harmful software.

DEV-0569 uses both of these techniques against the users they target. The threat group creates phishing websites, uses contact forms on targeted organizations, hosts installers on download sites that look legitimate, and deploys Google Ads.

One of DEV-0569’s main goals is to gain access to devices within secure networks, which would allow them to deploy Royal ransomware. As a result, the group could become an access broker for other ransomware operators by selling the access they have to other hackers.

Additionally, the group is using Google Ads to expand its reach and blend in with legitimate internet traffic.

“Microsoft researchers identified a DEV-0569 malvertising campaign leveraging Google Ads that point to the legitimate traffic distribution system (TDS) Keitaro, which provides capabilities to customize advertising campaigns via tracking ad traffic and user- or device-based filtering,” the company said. “Microsoft observed that the TDS redirects the user to a legitimate download site, or under certain conditions, to the malicious BATLOADER download site.”