SBS Biz reports “dozens” of Meta executives have held private meetings in South Korea with executives at Samsung and LG’s display divisions. The companies are in discussions to supply OLED and MicroLED microdisplays for VR and AR devices, the report suggests.

MicroLED is a truly new display technology, not a variant of LCD such as “Mini LED” or “QLED”. MicroLED is self-emissive like OLED, meaning pixels output light as well as color and don’t use a backlight, but is more power efficient and can reach much higher brightness. This makes MicroLED uniquely suitable for consumer AR glasses, which need to be usable even on sunny days yet powered by a small and light battery.

While most major electronics companies are actively researching microLED – including Samsung, Sony, and Apple – no company has yet figured out how to affordably mass manufacture it for consumer products.

In the nearer term, OLED microdisplays (OLED on Silicon) could enable significantly slimmer and lighter VR headsets than even Pico 4. Panasonic showed off ultra-compact VR goggles with OLED microdisplays at CES 2020, and at this year’s CES its subsidiary Shiftall announced a headset using this design.

OLED microdisplays are currently used in low volume products like high-end camera viewfinders and in some industrial smart glasses, so are expensive today. But if companies like Meta can secure mass-manufacturing supply deals the cost could come down over time. Last year LG announced it was building 3K and 4K OLED microdisplays for VR, with brightness over 5000 nits. 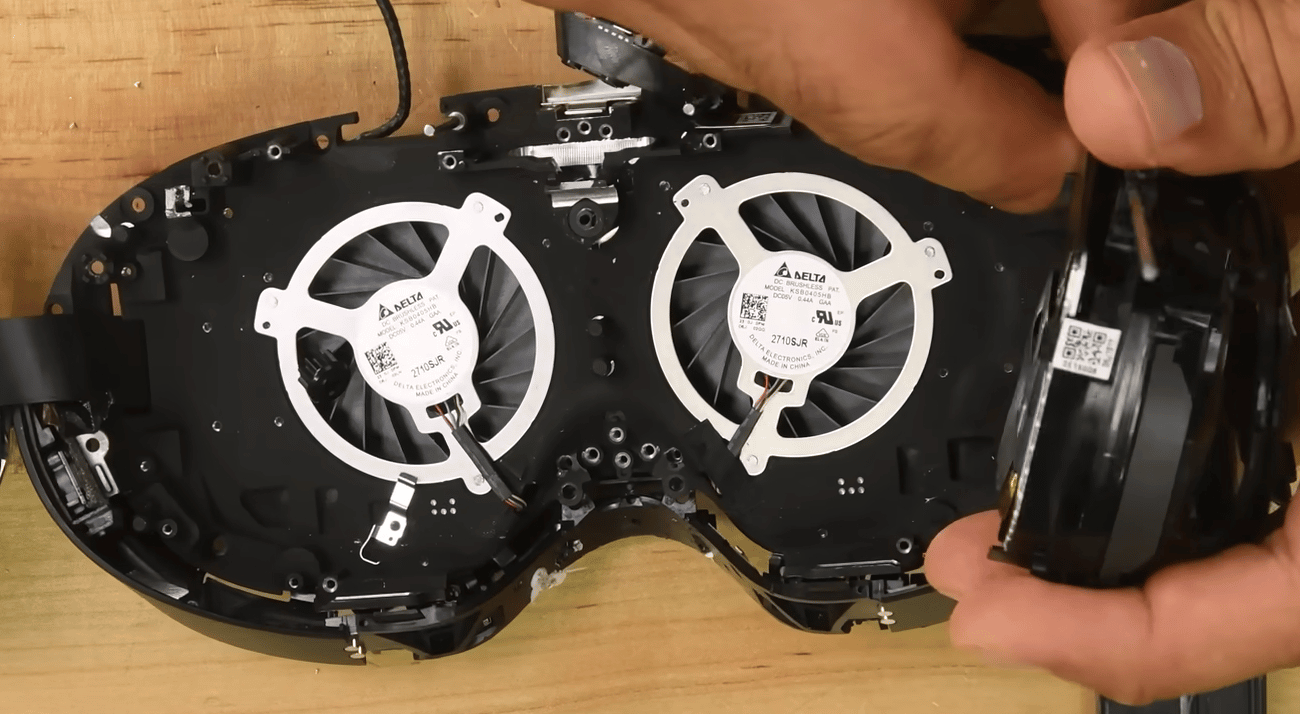 Meta’s recently released Quest Pro is slimmer than Quest 2 but actually heavier overall. Part of this heaviness is caused by the use of Mini LED backlighting for its LCD displays to achieve contrast closer to (but not equal to) OLED. The over 500 LEDs generate non-trivial heat, and Quest Pro has enormous cooling fans behind each panel. It also has a battery life of just 1-3 hours. OLED microdisplays are smaller, more efficient, and generate just a tiny fraction of the heat.

The Information previously reported Meta plans a successor to Quest Pro for 2024. If it uses OLED microdisplays it could be noticeably lighter and have longer battery life, bringing it closer to Mark Zuckerberg’s goal of an ultra-comfortable all-day wearable headset to one day replace your laptop.