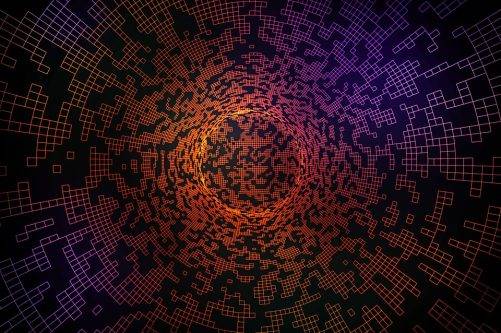 Over $60 million has been donated via the crypto-only “Aid For Ukraine” donation site. These funds are helping the Ukrainian government purchase medical supplies, field rations, protective gear and military accessories, such as tactical backpacks and thermal imagers.

“Individuals that don’t represent sovereign nations all around the world giving in cryptocurrency doesn’t escalate tensions because it’s not money coming from a country,” said Brittany Kaiser (pictured), co-founder of Own Your Data Foundation, explaining why she helped to launch the “Aid For Ukraine” site.

Kaiser spoke with theCUBE industry analyst John Furrier at Monaco Crypto Summit, during an exclusive broadcast on theCUBE, SiliconANGLE Media’s livestreaming studio. They discussed the rising importance of decentralized technologies and using the power of data for good.

Although she learned the hard way that “data can be used for anyone, for any purposes,” Kaiser’s aim has always been to use data to prevent disaster and benefit humanity.

“I got into data science specifically because I believe that data science is going to be the quickest way and the most efficient way to solve a lot of global problems and to also be able to run impact campaigns and human rights initiatives in a more transparent and effective manner,” she said.

Today Kaiser is a leader of the non-profit Own Your Data Foundation and travels the world advocating for digital intelligence education. She describes her mission as “trying to explain to people how data protection, how transparency and tracking and traceability that we don’t get from legacy technology is actually enabled by a new form of cryptography that is decentralized and immutable.”

Sometimes this means explaining complex technological concepts to regulators and legislators that have no understanding of the digital world. But, by showing them concrete examples of how decentralized technologies are already in use by government entities, Kaiser makes a connection on a level where they understand the benefits to their community.

The world is waking up to the benefits of blockchain

Only approximately 10 to 20% of the general population currently really understand how these technologies work and are starting to use them, according to Kaiser. However, she predicts this number is going to increase steeply over the next couple of years.

“The only way to actually live life in a more successful way is to have a comprehensive digital strategy that brings in decentralization to make sure that things can still function even when we’re in crisis,” Kaiser said.

Blockchain technology can provide more than a fast, efficient and non-political way to provide humanitarian aid. It can also be used to protect and restore physical cultural assets, as demonstrated by the Ukraine Heritage Hub, which has a goal of helping to preserve and protect the heritage of the Ukrainian people.

“We’re documenting all of the national monuments, all of the historic grade-listed buildings from UNESCO and the Ministry of Culture, as well as the antiquities, artifacts and art inside of museums, so that one of the blockchain says that these things came from Ukraine [and] if anything’s destroyed or looted, we know where to get it back to,” she said.

The Hub also stores an exact digital blueprint of buildings and artifacts so that badly damaged or destroyed assets can be recreated or rebuilt.

“We’re able to use new technologies that didn’t exist the last time this big problem arrived to solve it in new ways and really do it quickly and do it in a way where the entire world can participate,” she added.