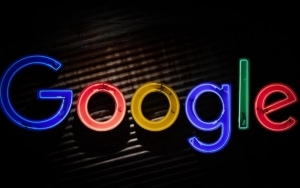 Google announced on Tuesday that it will start rolling out Privacy Sandbox to Android 13 mobile devices beginning in early 2023.

At first, only a small percentage of devices will be able to test out the new technology. This will then be followed by a gradual increase over time until mass adoption.

“Beginning early next year we plan to roll out the initial Privacy Sandbox Beta to Android 13 mobile devices, so that developers can take the next steps in testing these new solutions,” read Google’s announcement. “Note that Developer Previews will continue to be released and this is where we’ll first deliver the latest features for early feedback before being released on production devices.”

The tech giant encouraged app developers to complete an enrollment process that would grant them early access to Privacy-Preserving application programming interfaces (APIs). Early enrollment would allow developers to start working on integrating these APIs into their products before the system is fully adopted.

However, at the same time, Google said the SDK Runtime will be available only to developers as part of a closed beta. This was done in part to ensure better coordination in testing the development kit on production devices. Also, the closed beta participants are expected to “dedicate resources to support this testing.”

Privacy Sandbox for Android is a mix of technologies that aims to limit covert tracking, display relevant content and ads, and measure digital ads without compromising users’ private data. Additionally, the system promises to operate without cross-app identifiers like the Advertising ID, which helps apps stay free while keeping your data protected.

Google looks to replace Advertising IDs entirely by using a variety of API systems, including “FLEDGE,” “Topics” and “Attribution Reporting.” These unique identifiers have been used on Android devices for a long time and are notorious for playing a key role in online tracking.