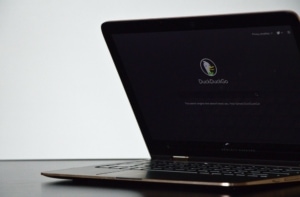 “New since the waitlist beta launch: you can see what personal data trackers are typically trying to collect before we block them (like your precise location, age, and a digital fingerprint of your phone),” read DuckDuckGo’s announcement. “We’ve also improved performance, reduced app exclusions, and made our blocklist publicly available.”

The App Tracking Protection feature is fairly similar to Apple’s App Tracking Transparency (ATT) on iPhones and iPads. However, since Apple’s feature works on a per-app basis, it asks users if they want to enable third-party tracking. DuckDuckGo’s feature, on the other hand, instead blocks all hidden trackers it can “identify as blockable.”

“The average Android user has 35 apps on their phone,” DuckDuckGo added. “Through our testing, we’ve found that a phone with 35 apps can experience between 1,000-2,000 tracking attempts every day and contact 70+ different tracking companies.”

Users can activate this feature by following a specific series of steps, which include:

Enabling App Tracking Protection will then prompt a VPN connection request, which establishes that this connection allows the app to filter traffic and block trackers.

That said, despite requiring a VPN connection request, DuckDuckGo is not a traditional VPN. This means that it won’t allow you to connect to a remote server, encrypt your web traffic, or hide your IP address. Additionally, since it establishes a VPN location that’s entirely local, DuckDuckGo won’t route your traffic through external servers.

ETH Price to Fall to $922 by December 10, Coincodex Predicts

Do Kwon Blast SBF Over Luna Crash, US Feds to Probe

Bulls Lose Control in Axie Infinity as Prices Drop to $8.37