Can the EXP Share Be Turned Off in Pokemon Scarlet and Violet? 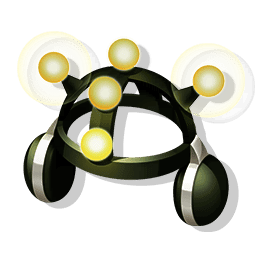 Pokemon Scarlet and Violet has come out and fans are looking for answers to so many questions. The game certainly has a lot of new additions and some old. But one of the older ones is an EXP Share. Unlike when it originally came out, the game has really leaned into EXP Share as a way to help players not have to grin as much. But for those who want the older grind, is there a way to turn off the EXP Share in Pokemon Scarlet and Violet?

[Related: How to Evolve Gimmighoul into Gholdengo]

The EXP Share originally started off as a way to give one Pokemon that didn’t battle experience from the battle that another Pokemon just had. This was much better than doing the switch-out method which took a lot of time. Because of this, a lot of fans were clamoring for more.

Then a few generations ago, the option to have an EXP Share for the whole team was added. This was met by some pushback, mostly with the older fanbase. They felt like it made the game too easy. During the initial phase of this addition, players could turn this on or off. But has that stayed the case since?

In Pokemon Scarlet and Violet, the EXP Share is not something that can be turned off.

Again, this is something that may be met with some resistance. Many players were hoping to at least have the choice to do it. It will be interesting to see if the ability to toggle this on or off will be added later in different patches or DLC.