On-chain analysis from Glassnode has shown that the crypto market is in the midst of one of the “largest deleveraging events in digital asset history,” as the ratio of realized profits to realized losses hits an all-time low.

In a report Monday, Glassnode analysts said that the implosion of the loss-profit ratio, known as the “Bitcoin Realized Cap,” means that since May 2021 all “capital inflows”—that is, money invested in the crypto markets—have “been flushed out.”

“Losses locked in by the market were 14x larger than profit taking events,” the report said. That means, it added, that the “entirety” of the 2020-2022 price action may have been untethered to authentic, realizable market value.

Bitcoin’s value has plummeted some 75 percent, from around $69,000 on November 10 last year to $17,000 at time of writing. Glassnode noted that the decline was caused in part by “turbulent” deleveraging events, among them the collapses of Terra and FTX, the latter of which caused an all-time-high one-day loss of $4.435 billion. However, the initial impact of the FTX blowup has since waned, Glassnode added.

There were, at points, moments of profit, including the selloff in mid 2021 in which investors cashed out at the top. But that starved the markets of liquidity and the subsequent collapse of LUNA in May 2022 magnified losses for investors who had bought at the top and failed to sell before the market collapsed.

“The exuberance experienced during the [second half] 2022 rally to the all-time-high has almost fully retraced,” said Glassnode. 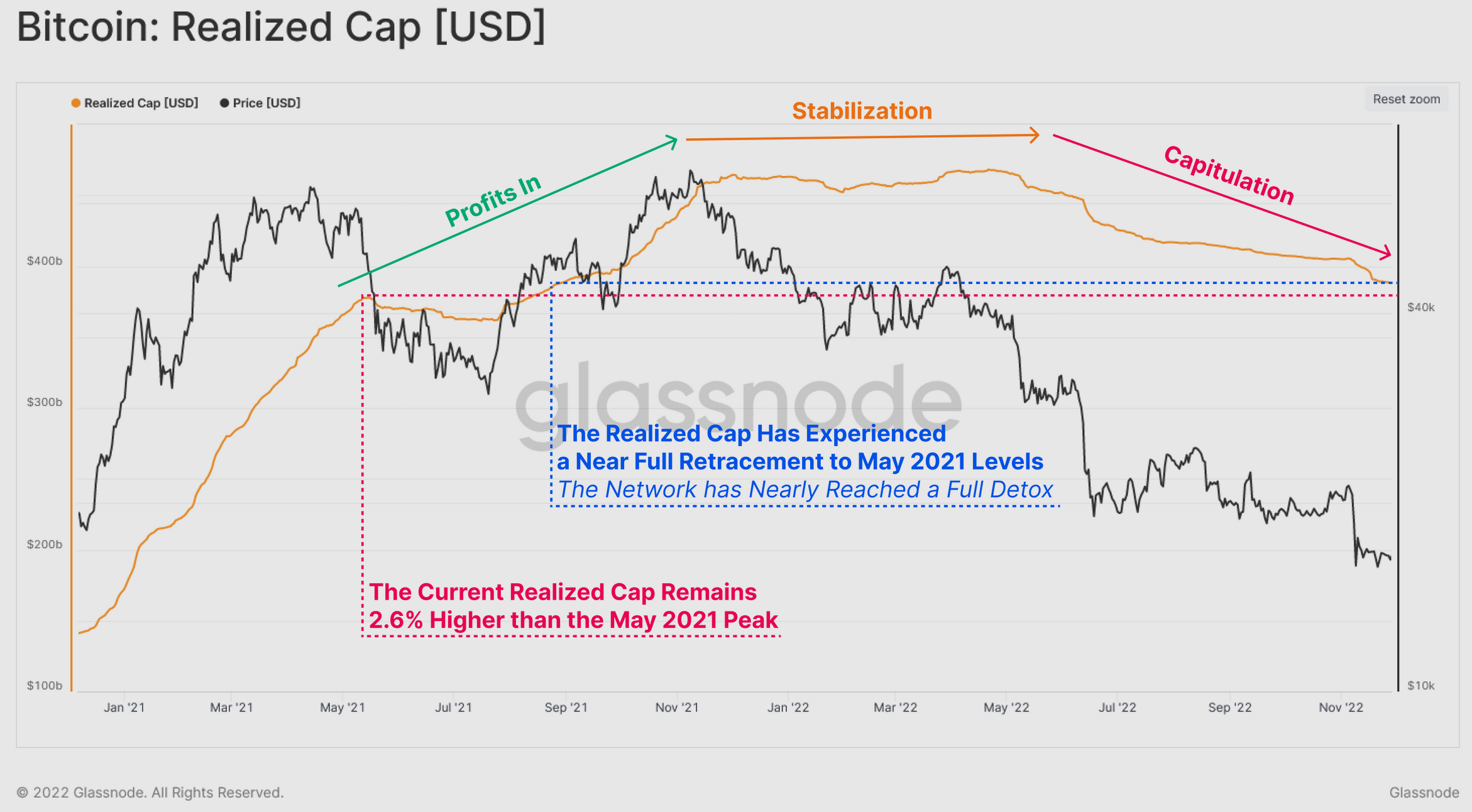 The analysts said that the 17 percent decline in the profit-loss metric was the third largest in crypto’s history, just ahead of the 2018 collapse and behind the 24 percent crunch experienced in the period between 2010 and 2011.

“The realized loss experienced by Bitcoin investors across the past 6 months has been historic in magnitude,” Glassnode said. “Profitability stress is starting to diminish after the event, but has resulted in a complete flush out of all excess liquidity attracted over the last 18-months. This suggests that a complete expulsion of 2021 speculative premium has now occurred.”