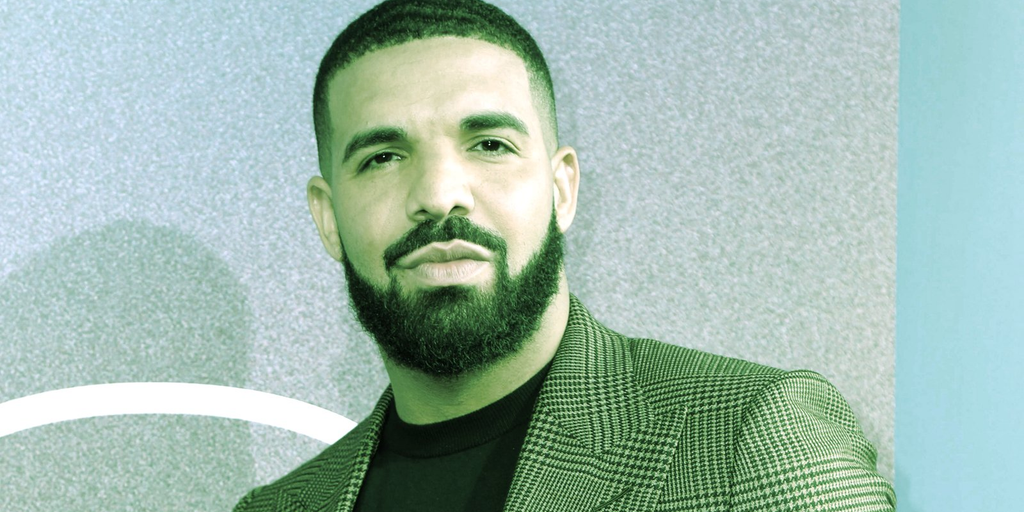 Famed rapper Aubrey “Drake” Graham is a known Bitcoin fan, having previously won big on Bitcoin-based Super Bowl bets and other crypto-centric wagers. And he apparently stores his BTC holdings in style, if a new Instagram share is any indication.

The Grammy Award-winning Canadian musician took to Instagram on Friday to post an image of a diamond-encrusted Ledger hardware wallet on a marble countertop with the caption, “Waiting on you, Bitcoin.”

Drake is the latest notable rapper to spotlight a Ledger hardware wallet, with previous examples coming via partnerships and product placement deals with the company. This time around, however, Ledger swears that it’s not involved.

“We learned about Drake’s iced-out Ledger the same way the rest of the world did, via his Instagram story today,” Ledger’s VP of Communications Ariel Wengroff told Decrypt via email.

“Ledger doesn’t have a partnership with Drake and didn’t give him that Ledger, but we’re not surprised Drake gets the power of self-custody and protecting his assets,” she added. “Self-sovereignty above all else.”

Back in May, rapper Gunna wore a 20-Carat diamond chain at the Met Gala with a diamond Ledger pendant via a partnership with the company.

Rapper YG, meanwhile, featured a Ledger wallet in a music video for his song “Scared Money” with J. Cole earlier this year. In the video, YG shows off his Ledger in multiple shots and holds it up to the camera. Ledger also partnered with rapper Saweetie for her video “Closer” with singer Doja Cat, featuring an iced-out hardware wallet.

Now that’s a rich flex. Decrypt reached out to Drake and his representatives for comment, but they did not immediately respond.

While it’s unclear exactly how much Bitcoin Drake currently holds, he’s known for making major sports wagers using the leading cryptocurrency. In addition to his Super Bowl winnings, he won over $1.4 million worth of BTC last summer in UFC bets on the gambling website, Stake, from wagers totaling nearly $2.3 million. The site, which Drake has partnered with, allows users to make bets using cryptocurrency.

Drake often posts the results of his gambling with Bitcoin on Instagram, and previously streamed his bets on Twitch under the handle StakeDrake. However, concerns surrounding the ethics of livestreamed gambling led to a platform-wide gambling ban on Twitch in September.

Casino.org reported in August that the rapper had already gambled over $1 billion worth of cryptocurrency on Stake in a two-month period—though it’s unclear how much of that money is actually his.